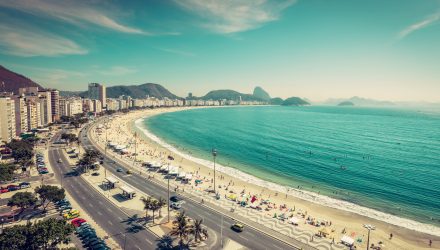 While developing country stocks were falling toward a bear market, exchange traded fund investors were buying the dip.

According to recent weekly data from EPFR Global, Turkey saw its highest weekly inflows since the first week of January 2013, CNBC reports

“Based on our flows-based investor positioning model, Turkey replaced Colombia as the most crowded emerging market, while Brazil replaced India as the second least crowded market after Russia,” according to a UBS report.

The iShares MSCI Turkey ETF (NasdaqGM: TUR) saw $147.5 million in net inflows over the past week, according to XTF data.

China was also attracting greater interest, with the iShares China Large-Cap ETF (NYSEArca: FXI) seeing $165.2 million in net inflows over the past week.

On the other hand, Brazil was one of the more hated areas of the market, with the iShares MSCI Brazil Capped ETF (NYSEArca: EWZ) experiencing $361.7 million in net outflows for the past week.