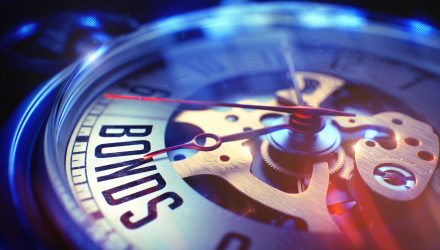 The Treasury bond market could be frustrated by the latest news from the Federal Reserve on Thursday. The Federal Reserve announced a major policy shift Thursday, stating that it will permit inflation to increase higher than normal in order to bolster the labor market and broader economy.

Maintaining inflation at 2% has been a goal of the bank for some time, as they view it as a healthy rate of appreciation for the economy. But since the financial crisis, inflation in the U.S. has often fallen behind the Fed’s target.

Analyst Jim Cramer of CNBC was shocked and elated by the Fed’s announcement.

“This is incredible,” said Cramer on the announcement. Powell basically said ”‘we’re going to let things run. And we’re not going to be a part of the equation until the economy actually does even better than we think.’”

Powell also suggested that unemployment data can maintain lower levels for a longer duration before the Fed starts thinking about raising rates, which led to a decline in short-term yields and gains along the long end of the yield curve, sending 30 year Treasury bond prices tumbling, in what may be a technical breakdown finally.

The Vanguard Long-Term Treasury ETF (VGLT) and the iShares 10-20 Year Treasury Bond ETF(TLH) are among a group of Treasury ETFs that have dropped today amid the news, as bonds continue to decline and stocks are rallied earlier before paring gains.

The Fed changes were described in a policy blueprint called the “Statement on Longer-Run Goals and Monetary Policy Strategy,” first adopted in 2012, that has guided the Fed’s handling of interest rates and general economic growth.

“Many find it counterintuitive that the Fed would want to push up inflation,” Powell said in prepared remarks at a virtual gathering in Jackson Hole, Wyoming. “However, inflation that is persistently too low can pose serious risks to the economy.”

With interest rates at historic lows, income-seeking investors who were used to relatively safe bond investments with decent yields were forced to look elsewhere, namely stock and dividend-yielding ETFs like the Global X SuperDividend ETF (SDIV).

The distorted bond market has been described as a “borrower’s paradise and a fixed-income investor’s hell” by Mark Grant, the chief global strategist for fixed income at B. Riley FBR, although Grant assented that the Federal Reserve had no choice but to curb the federal funds rate and drive bond yields lower by purchasing securities to help spur an economic recovery.

In an interview, Genter described the fixed-income market this year: “It is as much of a challenge as I have seen in 41 years.”

But this could all be changing soon, and bonds could plunge if interest rates climb.

With bonds declining across the board as yields spiral higher, it will interesting for investors to see how this plays out come election time.