You are at:Home»Alternative ETFs»BlackRock is Looking at Entry Into Crypto Space 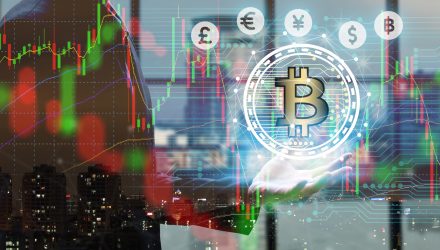 BlackRock is Looking at Entry Into Crypto Space

“The $6.3tn investment powerhouse has created a team from different parts of the business to investigate cryptocurrencies and their underlying infrastructure, blockchain, according to two people familiar with the matter,” reports Financial News.

The report did not say if BlackRock is considering a bitcoin or cryptocurrency exchange traded fund. BlackRock is the parent company of iShares, the world’s largest ETF issuer.

Earlier this month, the SEC approved plans for public comments on bitcoin ETFs, which could pave the way for the funds to finally come to life. However, some market observers believe that if the SEC does not approve bitcoin ETFs in the coming months, the effort could be pushed off until 2019 and beyond.

“Sources said the team of experts is also looking at what BlackRock’s competitors are doing with cryptocurrencies and how that could impact its business,” according to the Financial News article. “The working group will present its findings to senior management.”