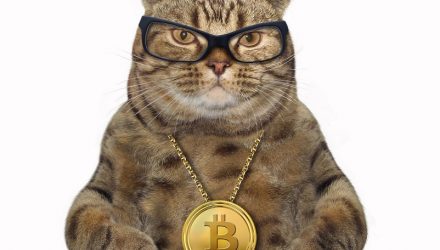 The price of a single bitcoin traded has maintained its rapidly ascending trajectory, breaching $8,000 on Tuesday. Bitcoin is up 2.4% in just the last 24 hours and is up more than 60% this year, as investors pile back into the largest cryptocurrency.

Bitcoin’s heroic rise is evocative of its meteoric growth in the latter half of 2017, when prices reached more than $18,400 due to supernatant capital markets, wild speculation and a turbulent political climate in Northern Asia that was driven by posturing between President Donald Trump and North Korea’s dictator, Kim Jong-un.

Although there is an ongoing trade war between the United States and China, and geopolitical tension is once again terrorizing the markets, that may not be the only factor contributing to Bitcoin’s explosion.

“Anticipation of the upcoming supply shock [of new BTC introduced via mining]may be creating upward pressure on the price of Bitcoin,” wrote Alyse Killeen, a partner at the investment and advisory firm Stillmark, in electronic correspondence. “Bitcoin is introduced to the market when the Bitcoin protocol rewards miners who validate blockchain transactions. Specifically, the Bitcoin protocol gives BTC to miners for adding blocks to the blockchain. Today, miners earn 12.5 BTC for adding a new block that is accepted by the network. In May 2020, the time of the next ‘halvening,’ that reward will be reduced to 6.25 BTC, thereby reducing the total number of BTC introduced to the market on a daily basis.”

Killeen also explained that Bitcoin is now more valuable today than it was at the same point a year ago. More Americans can also access Bitcoin through apps like Cash and Robinhood, and TD Ameritrade’s BTC contracts and (soon) eTrade. The number of businesses that take Bitcoin or other cryptocurrencies  has also expanded exponentially.