You are at:Home»Alternative ETFs»Bitcoin Wakes Up, Reaches Two-Week High Near $7K 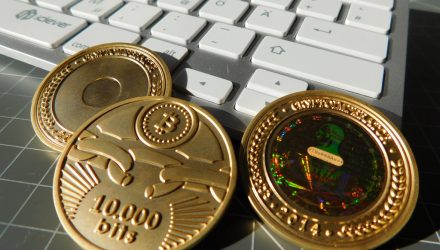 After two weeks of a sideways slumber between $6,500 to roughly $6,000, Bitcoin prices appear to be waking up as the leading digital currency has reached a two-week high of $6,858.61.

“Potentially the market lull can form the basis for a strong movement in either direction,” wrote Alexander Kuptsikevich, analyst at FxPro. “In these conditions, the importance of the closest support and resistance levels drastically increases. In our case, these levels are $6,000 and $6,600 respectively. Going out of this tight range can likely strengthen the bitcoin movement.”

A Bitcoin ETN is now available for investors who have been reticent to dive into cryptocurrencies can now invest in an exchange-traded note with the leading digital currency as its underlying asset. Per a Bloomberg report, American investors now have access to Bitcoin Tracker One and BTC ETN.