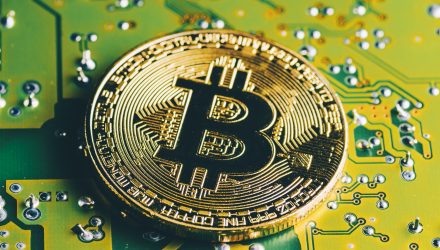 Bitcoin prices recently slid below the technically important $6,000 level, but subsequently popped back above that level, igniting speculation that a buying opportunity is afoot in the largest cryptocurrency.

The leading digital currency has fallen as of late, particularly when news broke that the US Securities and Exchange Commission is postponing their decision on a bitcoin ETF filed by investment firm VanEck and blockchain technology company SolidX.

“The suffering has been even worse for much of the altcoin market, some of which have been bleeding out to new yearly lows and seeing drops between 2–15 percent,” reports CoinDesk. “Major cryptocurrencies such as ether and XRP dropped by 2.95 and 9.6 percent respectively, before the world’s largest cryptocurrency by market capitalization took an about-turn, stabilizing prices and reversing some of the damage from Tuesday’s chaos.”

Is The Rally Credible?

As of mid-day Wednesday, bitcoin was flirting with the $6,600 area and seven of the 10 largest digital currencies by market value were sporting double-digit intraday gains.

Perhaps not surprisingly, momentum plays an important role in when to buy bitcoin, but what may be surprising is that buying the cryptocurrency after it has experienced big rallies can be a winning strategy.