You are at:Home»Big Ideas Channel»Global Health Workforce and WHO Urge Climate Change Action 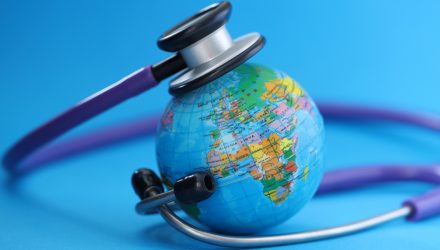 The health of people is inextricably linked to the health of the planet, and there is now overwhelming proof of the direct link between climate change and health. In a report by the World Health Organization (WHO), the call for urgent and immediate change is made as links between weather events, air pollution, and other climate change factors and adverse health effects on people are firmly established.

The report outlines 10 recommendations by WHO to a global economy as it faces the arduous process of recovering from COVID impacts, and it comes ahead of the climate summit scheduled for the end of this month.

“The same unsustainable choices that are killing our planet are killing people. WHO calls on all countries to commit to decisive action at COP26 to limit global warming to 1.5°C – not just because it’s the right thing to do, but because it’s in our own interests,” said Dr. Tedros Adhanom Ghebreyesus, the WHO Director-General.

The items outlined include setting social justice and health as the primary focus for the climate talks, building renewable energy systems that are conducive to health and the planet, establishing sustainable food production systems that are resilient, and prioritizing the climate change interventions that would have the greatest impact on health, as well as the biggest economic and social benefits.

“It has never been clearer that the climate crisis is one of the most urgent health emergencies we all face,” said Dr. Maria Neira, WHO Director of Environment, Climate Change and Health. “Bringing down air pollution to WHO guideline levels, for example, would reduce the total number of global deaths from air pollution by 80% while dramatically reducing the greenhouse gas emissions that fuel climate change.”

The report was released in tandem with an open letter from over 300 organizations, constituting more than two thirds of the world’s health workforce and representing 45 million doctors and health professionals globally.

“While no one is safe from these risks, the people whose health is being harmed first and worst by the climate crisis are the people who contribute least to the problem and who are least able to protect themselves and their families against it—people in low-income countries and communities. Those people and nations who have benefited most from the activities that caused the climate crisis, especially fossil fuel extraction and use, have a great responsibility to do everything possible to help those who are now most at risk,” the note read.

Putnam believes in sustainability and holds ESG practices as a core aspect of its investment approach as combatting climate change becomes an increasing focus across industries and globally.

Putnam’s ESG-focused active sustainability managers are a fundamental part of its work to align shareholder ESG values with investment practices by engaging directly with the companies invested in as to their ESG fundamentals and practices.

The Putnam Sustainable Leaders ETF (PLDR) invests in companies whose focus on ESG issues goes well beyond just basic compliance and for whom ESG practices are an integral part of their long-term success. These companies have transparent goals and provide consistent, measurable progress updates.