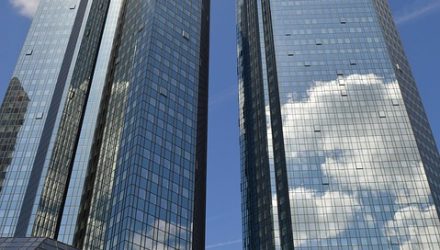 The financial sector got a much-needed boost in the markets today with the Federal Reserve’s latest decision to greenlight the buyback of tens of millions of dollars worth of stock and increase quarterly dividends after the biggest banks passed annual stress tests.

The Fed gave 34 of the biggest banks the thumbs up to issue dividends and buy back stock. Following the news, big banks, such as Citigroup and Wells Fargo gained in the early trading session.

Citigroup raised quarterly dividends by 13 cents and planned to buy back $17.6 billion of stock within the next year. Wells Fargo announced it would more than double its stock buybacks to $24.5 billion and raise its quarterly dividend by four cents.

J.P. Morgan Chase announced it would raise its quarterly dividend by 24 cents and buy back up to $20.7 billion in stock. However, the Fed rejected Deutsche Bank’s proposal, while Goldman Sachs and Morgan Stanley got conditional approval for their dividend and buyback plan.

The dividend and buyback bonanza caused financial ETFs to respond in the green. Based on total assets, the three biggest financial sector ETFs responded positively to the news–Financial Select Sector SPDR ETF (NYSEArca: XLF) was up 1.77 percent, Vanguard Financials ETF (NYSEArca: VFH) was up 1.48 percent and SPDR S&P Regional Banking ETF (NYSEArca: KRE) was up 1.30 percent as of 11:45am Eastern Time.

For more trends in the financial sector, click here.