You are at:Home»Equity ETFs»AT&T-Time Warner Decision Could Send Waves Across Markets 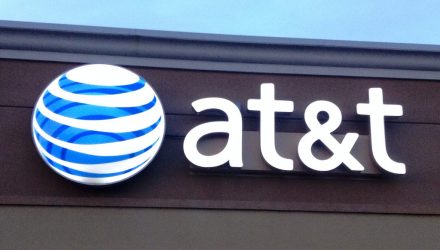 Whether or not AT&T and Time Warner can merge rests in the hands of U.S. District Court Judge Richard Leon on Tuesday, which could send waves across the markets, particularly in the media and telecommunications sector.

“If the deal goes through, it’s going to be a real green light for a lot of vertical mergers in a lot of different sectors,” Emilie Feldman, an associate professor of management at Wharton of the University of Pennsylvania, told Yahoo Finance. “It’s going to have big implications both for media deals and vertical mergers more generally.”

Judge Leon’s decision to approve the merger could pave the way for other companies to perform similar acquisitions. For example, Comcast plans to partake in a bidding war with Disney to purchase Twenty-First Century Fox assets, such as 39 percent of British satellite TV provider Sky Plc and Indian media conglomerate Star.

The AT&T-Time Warner decision will allow for other bidding wars to commence like Comcast’s $60 billion offer and Disney’s $52 billion offer for Fox. CBS and Viacom can move forward with negotiating a merger that its controlling shareholder, National Amusements, would like to see happen.

Verizon, Charter and Discovery are all eyeing content companies to acquire should the AT&T-Time Warner decision get Judge Leon’s approval. Sprint and T-Mobile will look to join forces in a merger since AT&T, a competitor, will have a stronger market presence should it merge with Time Warner.