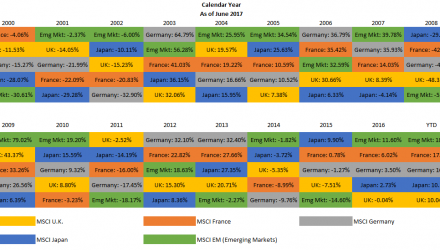 Let’s turn back the calendar a year and remember where we were in summer 2016.

Great Britain made the monumental decision to leave the European Union. Marine Le Pen was threatening to do the same in France, as well as abandon the Euro as a common currency. Markets were nervously watching Italian banks, wondering if another round of bailouts was pending. In the U.S., Donald Trump made opposition to free trade and international cooperation central themes of his candidacy.

How did the international stock markets respond?

The 20.83% gain of the MSCI EAFE was better than the 17.90% return on the S&P 500. Granted, some say a rebound in international markets was long overdue. Since the Financial Crisis of late 2007 to early 2009, the stock markets of developed, non-U.S. nations have lagged the S&P 500 by a wide margin. It was Europe’s turn to have a moment in the sun, but predicting it would have been difficult if one only paid attention to the negative headlines a year ago.

It is for this reason that Swan Global Investments unveiled its expanded line-up of investment solutions over the last few years. While the Defined Risk Strategy was originally applied to U.S. large cap stocks, the line-up now includes U.S. small cap stocks, emerging markets, and foreign developed markets.

Is Diversification Keeping Its Promises?

The promise of diversification has always been two-fold. First, different asset classes or styles will go in and out of favor, with different investments typically taking turns as “king of the mountain.” Swan believes that it is difficult, if not impossible, to consistently predict which asset class will have the best returns going forward. Lacking 20/20 foresight into the future, the next best option is to cover all your bases by diversifying into multiple asset classes.

The second promise of diversification is to mitigate losses on the downside. Unfortunately, when markets sell off significantly, correlations tend to increase, and global markets tend to go down together. Traditionally, many international managers sought to mitigate downside risk by rotating in or out of different countries or regions.

The Problem with this Kind of Diversification

These two elements of diversification, however, require the kind of market-timing that Swan has always been against. The two reasons for this stance are illustrated in the table below: 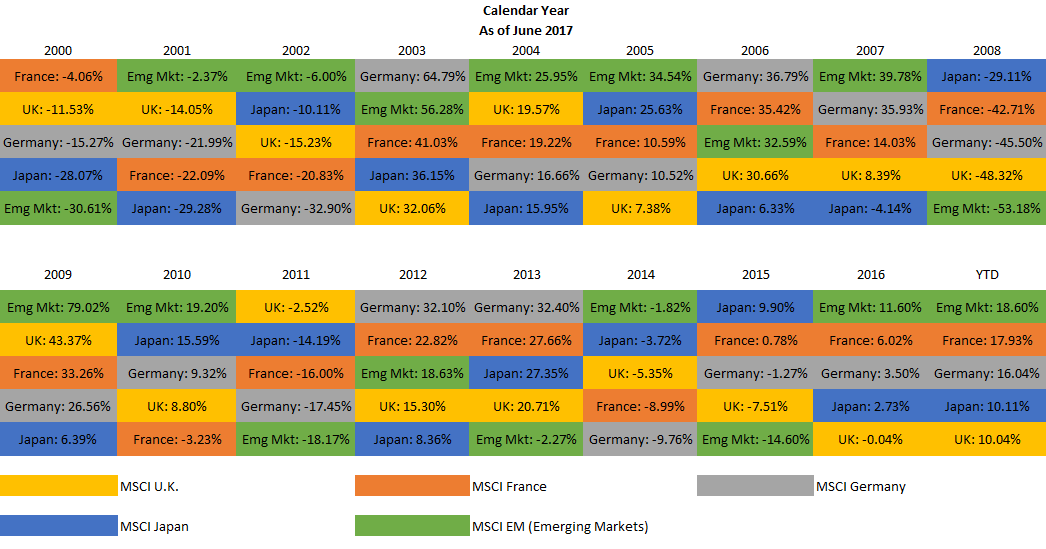