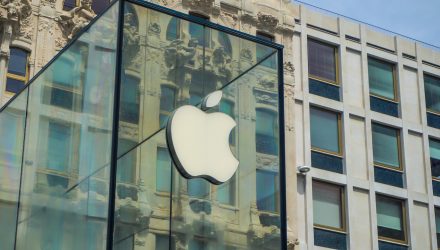 Apple stock closed at a record high Friday amid optimism for the smartphone industry’s ability to withstand the coronavirus crisis and bolstered by a market that is encouraged by Fed stimulus and reopening the economy, which drove tech ETFs higher.

Apple rallied 2.9% in the session to close the day at $331.50. This marked the first record closing high since Feb. 12, when shares finished at $327.20, and the 11th overall record close this year, according to FactSet data.

Apple has struggled recently as the pandemic forced stores to close, generating weaker consumer confidence, but some analysts like Credit Suisse, who just raised its price target, remain sanguine about the company’s prospects now that stores are reopening and consumer spending continues to rebound.

“With roughly 350 million …iPhones in the pent up ‘window of an upgrade opportunity,’ we believe [Apple] has a unique opportunity to capture this delayed supercycle opportunity with a major 5G cycle on the horizon which will include a host of new smartphone versions/models for iPhone 12,” Wedbush analyst Daniel Ives wrote late Thursday while increasing his price target to $375 from $350 and maintaining an outperform rating.

“Yeah so it’s clearly at a critical price juncture and is trying to break out to a new high. I read the note and it wasn’t necessarily a rousing endorsement. Like you said the price up to 295, which is below where it’s trading now. Again they also mentioned carrying a high multiple and they’re giving it some credit for increases in service momentum so I would say it’s a relatively neutral call on the stock,” said Mills on CNBC Friday.
“We still like it as a long term holding,” he added.
Mills explained that Apple is still very popular with young people. Most consumers are very familiar with the brand name and purchase iPhones and Apple products due to fashions and trends in pop culture and therefore it is unlikely that Apple is going anywhere anytime soon.
“The only thing I would say is that over 23 times forward earnings, the stock is not cheap right here, and you still have some near term headwinds in terms of iPhone demand. I would at least temper my enthusiasm for the near term upside of the stock. But longer-term we like it,” Mills explained.
Other analysts also agree that Apple has staying power and a bright future.
“Apple is somehow impervious to bad news,” explained Guy Adami, Director of Advisor Advocacy at Private Advisor Group, on the same segment.
That being said, Adami does feel that it may be time to take some profits and buy Apple back cheaper given that the stock is trading at such a high multiple, and above the current projected price target.
Apple shares have added 11% over the past month as the Dow Jones Industrial Average, which includes Apple as a component, has gained 14%.
For investors looking to use ETFs to trade Apple, the Technology Select Sector SPDR Fund (XLK), the iShares Global Tech ETF (IXN), and the Fidelity MSCI Information Technology Index ETF (FTEC) all have large allocations of the tech behemoth and got a boost Friday.
For more market trends, visit  ETF Trends.