You are at:Home»Featured»Analysts Consider What’s Next For The S&P 500 And SPY ETF 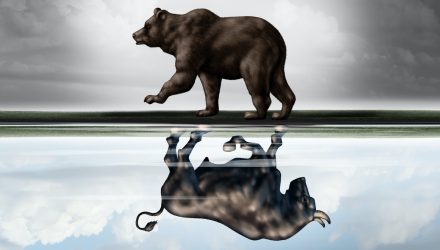 Stocks are attempting to hold a robust rally off fresh overnight lows from Sunday, that rocked markets, knocking them down to levels not seen last month, as investors weigh the growing threat of a second coronavirus wave. Now analysts are weighing in where the benchmark S&P 500 is likely headed next.

The S&P 500 also dropped roughly 100 points or more than 3% from Friday before surging back to nearly flat on the day, with the SPDR S&P 500 ETF Trust (SPY)  tracking the benchmark index, now flat on the day as well.

Darrell Cronk, CIO for wealth and investment management at Wells Fargo, is observing key levels for the S&P 500 and feels we could see more downside pressure.

Kevin Giddis, Chief Fixed Income strategist at Raymond James, said the Treasury market could be sending a signal to equity investors, and that like Federal Reserve Powell’s comments, we could see a much longer recovery than many investors had anticipated.

“Two distinct events last week that we’ve talked about a lot – one was the dovish Fed and their call for not even thinking about raising rates until 2023, and the rise in Covid-19 cases as the U.S. economy reopened. One thing I will point out, while the equity volatility was quite high, bond volatility went down last week, and I think that is the Treasury market, in particular, saying, ‘Hey, this recovery is going to take longer than people think.’ It also is a credit to the Fed and the Treasury for what they did back in March, which settled the credit markets down.”

One analyst is more sanguine about the future of markets however, despite the recent decline. Mohamed El-Erian, Chief Economic Advisor at Allianz, sees the host of fresh retail investors as a good thing for markets.

“It is a good thing to have more retail participation in this market. It’s a good thing that it is based on transparency and information. And what the retail sector got absolutely right is your rotation rate. They were ahead of everybody else, they understood that you would have a rotation from stay-at-home to reopening stocks, from leaders to laggards, and they did very well up to last week.”