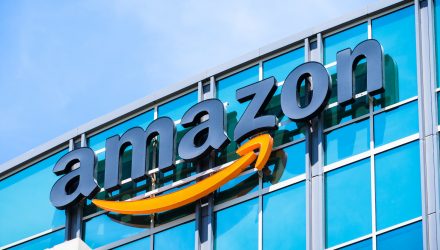 Amazon is up 1.94% today as stocks are attempting to close higher for a third day amid the largest recorded jobless claims in history. But under the hood of the company, employees express fear and discontent with having to continue risking their lives at work while the coronavirus contagion rages on.

As the coronavirus outbreak has continued unabated, many Americans have taken shelter down in their homes and are relying on food delivery services or online marketplaces like Amazon to get essential goods such as toilet paper, food and hand sanitizer delivered to their door.

While physical stores run out of supplies as customers stock up, and cities are on lockdown, Amazon’s warehouse workers, delivery drivers and contract employees have been lauded for their bravery, continuing to work during a crisis. Amazon has referred to its employees as “heroes fighting for their communities” and CEO Jeff Bezos stated that worker participation was “being noticed at the highest levels of government.”

But Amazon workers seem to see the situation differently according to Facebook forums and various online articles.

“I wasn’t prepared for how exhausting working at Amazon would be. It took my body two weeks to adjust to the agony of walking 15 miles a day and doing hundreds of squats. But as the physical stress got more manageable, the mental stress of being held to the productivity standards of a robot became an even bigger problem,” said Emily Guendelsbereger, a Time Magazine writer who took a job at Amazon to explore the experience of being a low-wage worker.

In addition to the long hours, Amazon employees said there’s an overwhelming sense that they’re responsible for their own safety at work.

“It’s made me so furious to see all of these managers say we’re doing the best we can, but you look at anything from the outside world and so many people are working from home,” said William Stolz, a picker at a warehouse in Shakopee, Minnesota, known as MSP1. “I have a lot of coworkers with older parents they’re taking care of or coworkers who live in multi-generational households with young children. It’s just so maddening to see that they really don’t care about us.”

Amazon employees who feel it’s unsafe to come into work are given few options, however. They are allowed to take as much unpaid time off as they desire through the month of April, but it means sacrificing a paycheck while they’re at home. Amazon has also offered two weeks of paid sick leave, but only for those who test positive for the coronavirus or if they’re in quarantine. As a result, many employees continue to come into work, especially given the high unemployment numbers just released today, which reached an unprecedented 2.8 million.