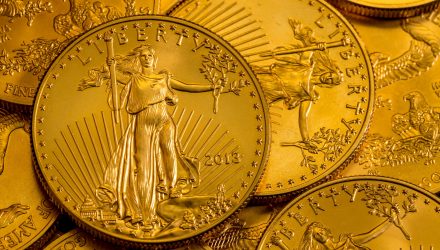 Uptrend in Gold is Likely to Persist, Say Experts

Gold markets have had a reprieve since the equity indices have rallied strongly on the backs of a successful Phase One trade deal. But experts believe that the uptrend in gold is likely to continue.

Of 13 market professionals who took part in the Wall Street survey, 77% called for gold to rise in the future. While there were no votes saying gold would decline, the remaining 23% were neutral, calling for a sideways market.

The February Comex gold futures climbed to a nearly seven-year high of $1,613.30 an ounce on Jan. 8 amid tensions over a potential war between the U.S. and Iran. Fears of a war were quickly quelled however, and prices subsequently fell back as tensions de-escalated, with gold bottoming at $1,536.40 an ounce on Tuesday, before the shiny metal began working its way higher again.

“I think we are going to continue upwards next week,” said Bob Haberkorn, senior commodities broker with RJO Futures. “It’s due solely on some actions you’re seeing at night by the Fed … with the liquidity injections they’ve doing.”

While gold has traditionally served as a safe haven asset along with bonds and even Bitcoin on occasion, recently the lustrous metal has been able to rally alongside equities.

Richard Baker, editor of the Eureka Miner’s Report, believes the metal will move higher as well, pointing out that low interest rates and continuing uncertainty are beneficial to gold.

“If the S&P 500 reaches 3,350 next week, gold must make $1,580 per ounce to stay above water,” Baker said. “I’m optimistic that this is possible given residual uncertainty about the U.S. election, corporate earnings and 2019 growth. My vote is up, with silver following that level to $18.31 per ounce.

“From an interest-rate perspective, even with a trend higher in global yields, a bullish environment remains for a non-interest-earning asset like gold. Negative or near-zero interest rates for major countries and near-zero real rates in the U.S. remain in place.”

“Gold should continue is bullish momentum in the new week,” said Flynn, senior market analyst with at Price Futures Group. “Strong stocks along with weak inflation data this week should give gold the edge. The phase-one [U.S.-China] trade deal should increase economic optimism, improving the outlook for jewelry demand as well.”