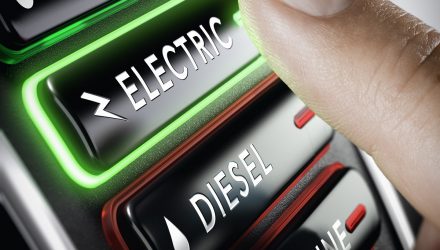 Tesla Gets A Turbo Boost

Tesla stock is up nearly 5% this morning on news that the car company delivered a record 95,200 vehicles during its second quarter, an increase from about 63,000 units in the prior quarter and 40,800 in the second quarter last year, smashing analyst’s estimates.

The auto maker’s deliveries are a closely monitored industry number and the most accurate reflection of sales, displaying how many cars were actually delivered to customers.

“Challenges remain, but this is a step in the right direction,” said Wedbush analyst Dan Ives in a CNBC article. “The numbers were above even the bull estimates and shows a clear rebound for the company. This is a feather in the cap for Tesla.”

Tesla’s actual vehicle deliveries wowed analysts, who estimated that just 91,000 vehicles would be transported to customers, according to data compiled by FactSet. The disappointing batch of only 63,000 vehicles was delivered during the first three months of the year, when Tesla was plagued by challenges transporting cars from its factory in Fremont, California, across the world, in addition to fending off concerns about abating customer demand.

“In addition, we made significant progress streamlining our global logistics and delivery operations at higher volumes, enabling cost efficiencies and improvements to our working capital position,” the company said in announcing its results.

Despite it’s impressive delivery record, Tesla still encounter stiff competition from rival automakers Ford, Jaguar, Mercedes-Benz, and Volkswagen, all of whom have entries or planned entries into the high-end electric sports car space. Ford and Jaguar have invested billions of dollars to develop their own electric lineups. Volkswagen and Mercedes-Benz began taking orders in May for new battery-electric vehicles with plans to introduce even more models in the coming years.

For the full year, Tesla is aiming to grow total vehicle deliveries 45% to 65% year over year. A 134% year-over-year increase in second-quarter deliveries makes achieving this full-year outlook seem more likely.

“Delivery numbers are important, but we need to see the tea leaves look good for the second half,” Ives said in an interview. Tesla’s production target for the year is “still an Everest task, especially with competition coming at them from all angles. The real question is going to be, is this sustainable?”

Investors looking for ETFs with Tesla can consider the ARK Industrial Innovation ETF (ARKQ) and VanEck Vectors Global Alternative Energy ETF (GEX), which each have a more than 10% exposure to the electric auto-maker.