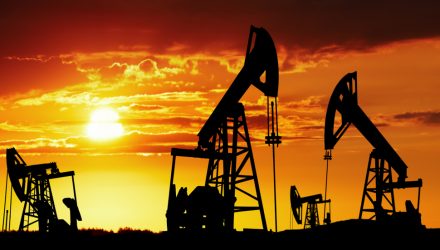 Oil ETFs Could Have More Room to Run

EOG Resources and Occidental Petroleum, which are both companies among the top five producers in the Permian basin covering the most productive oil field in the U.S., won’t be raising oil production by a significant amount, the Wall Street Journal reports.

The conservative outlook among U.S. energy producers is also mirrored by other large oil pumpers like Pioneer Natural Resources, Devon Energy, and Continental Resources, all of which outlined plans to limit production growth for the year.

Many executives have broadly indicated that they will remain on course even if oil prices were to spike substantially. For instance, Vicki Hollub, Occidental’s chief executive, previously stated that the company has “no need and no intent to invest in production growth.”

The move may be somewhat logical, given the current economic environment. The energy sector is also facing costlier and scarcer equipment and labor, which have weighed on production. Meanwhile, the highest-end, most efficient rigs are all running at full steam, and there isn’t a lot of new equipment that can quickly come to market, according to Billy Helms, EOG’s chief operating officer.

Looking ahead, JPMorgan Chase & Co. analysts have warned that Brent crude oil futures could end the year at $185 per barrel if Russian supply remains problematic, Bloomberg reports. JPMorgan analysts including Natasha Kaneva pointed out that 66% of Russian oil is struggling to attract buyers.

“As sanctions have widened and the shift to energy security takes on an urgent priority, there will likely be ramifications for Russian oil sales into Europe and the US, potentially impacting up to 4.3 million barrels per day,” the analysts wrote.

Other global producers are also having a rough time. For instance, production was halted at Libya’s biggest oil field, and protesters threatened to keep a key export terminal closed, Bloomberg reports. Libya is home to Africa’s biggest oil reserves, and energy production has been at the heart of political conflict.