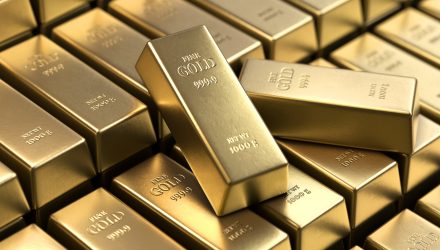 Gold futures on Monday notched their loftiest settlement since April of 2013 in the wake of the killing of top Iranian military commander, Qassem Soleimani. The news has echoed through financial markets, momentarily uprooting the desire for riskier assets and driving investors into traditional safe haven assets like gold.

“When I see this endless buying for gold it makes me think for the first time people are just saying, ‘I’m really fearful,’” said Jim Cramer on CNBC. He pointed out that the gold buying began even prior to Thursday night’s U.S. drone strike in Iraq that killed Soleimani as he was leaving Baghdad’s airport. Soleimani had been in charge of a special forces unit of Iran’s Revolutionary Guard.

Often in times of international struggles, investors purchase gold and U.S. bonds as perceived protection from historically riskier investments such as equities.

Gold has been on a rally for some time however, and many analysts see it headed back towards it’s all-time high of nearly $2,000 back in 2011.

“With the gold market already on the move,” says derivatives broker Saxo Bank’s head of commodities strategy Ole Hansen, “the latest developments in Baghdad have sped up the move.”

“It’s not just Treasurys. The gold buying has been endless; over and over and over. It feels like gold wants to go to $1,700 to $1,800. Now that would be very negative for the [stock]market,” Cramer added.

Oil markets have also been rallying, with the United States Oil Fund (USO) up nearly a quarter of a percent, but unlike gold, they are not as widely viewed as insurance against geopolitical uncertainty.

“Being long gold is a better hedge than oil to such geopolitical risks,” says a note from US investment bank and London bullion market-maker Goldman Sachs, claiming that history says the precious metal will likely rally sharply from current levels but only repeating its current 12-month forecast of $1600 per ounce.