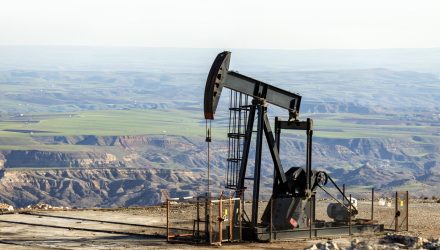 After a precipitous drop due to the coronavirus, excess supply, and a number of other factors, West Texas Intermediate crude oil has bounced off the $50 level several times over the last couple of weeks and is making a relatively strong move higher Friday, despite a continuing lack of fuel demand.

WTI crude oil is up over 1% today is approaching $52 a barrel, after moving off a recent low of around $49.50. But the move could be largely technical in nature, as many analysts are still in the camp that crude oil should be moving lower.

The flu-like symptoms of the coronavirus, which was first identified late last year, has millions of people now under travel restrictions in China, which is impacting jet fuel demand, and affected Chinese New Year travel, which represented the world’s largest annual human migration.

“When cities are placed under quarantine, and public transit is shut down, by definition that reduces economic activity and has a negative impact on energy demand, oil included,” Raymond James analyst John Freeman said in a note to clients recently. “Once there is evidence that the outbreak is contained and thus economic disruption subsiding, sentiment on oil should improve, bringing prices back up.”

Due to the current coronavirus outbreak, the Trump administration has blocked foreign nationals from entering the United States if they visited China in the 14 days prior to their arrival to the United States.
Restrictions on travel also apply to US citizens who have been in China’s Hubei province, the epicenter of the coronavirus outbreak, in the two weeks prior to their trip back to the United States. Upon their return, those citizens will be subject to a mandatory quarantine of up to 14 days.
As the coronavirus continues to crush fuel demand in China, the country’s second-largest refiner, state-held PetroChina, is slashing refinery runs and is discussing with key suppliers in the Middle East about possibly holding off on additional crude oil loadings or reducing volumes, a senior PetroChina official with direct knowledge of the plans told Reuters earlier this week.
The decline in China’s industrial activity and the shutdown of factories amid the coronavirus contagion is resulting in the worst shock to oil demand in over a decade, Jeff Currie, global head of commodities research at Goldman Sachs, said on Bloomberg last week.

For investors looking to ride the downside of the oil market, ETFs such as ProShares Ultra Bloomberg Crude Oil (SCO), DB Crude Oil Double Short ETN (DTO), ProShares UltraPro 3x Short Crude Oil ETF (OILD) enable investors to satisfy their short bias. However, ETFs like SCO are intended as a short-term tactical investment to be held only for a one-day exposure period. These are not the best choice for buy-and-hold investors. Meanwhile, an ETF like the United States Oil Fund (NYSEArca: USO) could be used to play the long side.