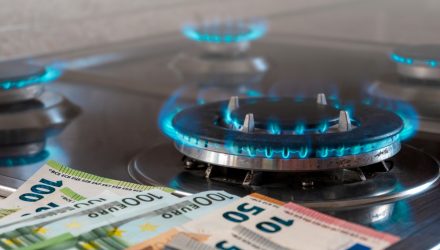 Russia’s Gazprom said it cut exports to Poland and Bulgaria after the two countries refused to pay in the ruble currency. Gas buyers usually pay in dollars or euros, but Russian President Vladimir Putin has demanded that countries pay in the ruble after the currency plunged in face of Western sanctions following the war in Ukraine. European buyers in response have called the action a ransom.

While the latest stoppage from Russia will likely have a limited impact on smaller European markets since many have already begun taking steps toward reducing their reliance on Russian energy, bigger economies like Germany and Italy could suffer shortages or a run up in prices.

The ongoing supply issue in Europe has helped prop up natural gas prices in the U.S. during a seasonally weak period for the market as demand usually drops off in the spring ahead of summer cooling. The increased exports of U.S. LNG to supply Europe has helped support the elevated prices at home.

“We’re probably going to be running at or near capacity levels of exported LNG through the rest of this year,” Ritterbusch adds. “The market is more focused on next winter with almost as much buying at the back end of the curve as you see near term.”