You are at:Home»Featured»Alternative ETFs to Hedge Against Further Risk in the Growth, Tech Segment 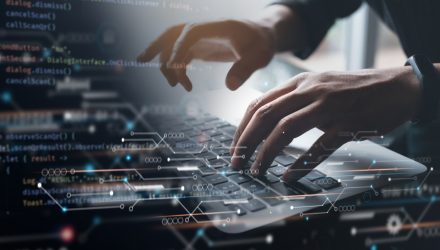 Alternative ETFs to Hedge Against Further Risk in the Growth, Tech Segment

Technology stocks are in the midst of one of their worst declines in over a decade, and some warn that things could get worse before turning for the better. Anxious investors who are wary of another beating in the growth segment can turn to inverse or bearish exchange traded funds to hedge against further risks.

The S&P 500’s information-technology sector retreated 19% in 2022 through Tuesday, its worst start to a year since 2002, the Wall Street Journal reported. In comparison, the broader S&P 500 is down 13%, and the technology segments’ underperformance behind the broader benchmark is at its widest since 2004.

Meanwhile, the underperformance has caused investors to pull a record $7.6 billion this year from technology-related mutual and ETFs through April, according to Morningstar Direct data going back to 1993.

“It is really a change in market regime,” Chris Covington, head of investments at AJO Vista, told the WSJ. “It would be hard for me to believe that you would have the extreme outperformance of growth that you saw in the last five years.”

After this severe pullback, some burned investors are wary that the markets haven’t actually bottomed out.

“When bubbles break, they don’t just tend to fall to fair value — they have a tendency to go to the other side,” Ben Inker, co-head of asset allocation at money manager GMO, told the WSJ.

Inker argued that the extra premium at which growth stocks are trading relative to value stocks still stands above historic levels.

Despite the selloff, technology stocks still account for a near-record 27% of the S&P 500 benchmark, or near the highest levels since the dot-com bubble, according to Bank of America strategists.