You are at:Home»Featured»Alphabet Surges 5% After Beating Q2 Expectations 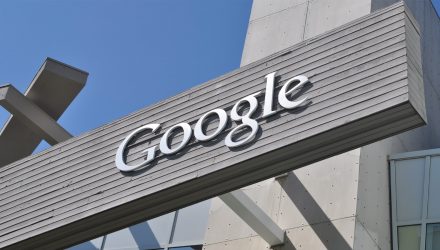 Google-parent company Alphabet (GOOGL) just reported its earnings for the second quarter, with its results boosting share price by over 5% after-hours.

Alphabet reported an adjusted EPS of $11.75 per share compared to the $9.59 expected by a Thomson Reuters consensus estimate. Alphabet also beat expectations on revenue, with $32.7 billion reported versus the expected $32.17 billion.

The tech giant is now one step closer to becoming the world’s first $1 trillion company, racing against Apple and Amazon. Following its report, Alphabet’s market capitalization grew by nearly $48 billion to $875 billion.

Last week, Alphabet was hit with a record $5 billion fine by the European Union for “illegal practices” in using Android to achieve search engine dominance within the mobile OS market. Although Alphabet plans to appeal the decision, the Q2 report also included results that took the fine into account. Including the fine, EPS comes in at $4.54.

“We delivered another quarter of very strong performance, with revenues of $32.7 billion, up 26% versus the second quarter of 2017 and 23% on a constant currency basis. Our investments are driving great experiences for users, strong results for advertisers, and new business opportunities for Google and Alphabet,” CFO Ruth Porat writes in the report.