You are at:Home»Advisor Solutions Channel»Time to Add Commodities to Your Portfolio? 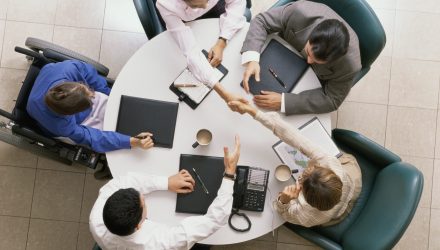 Time to Add Commodities to Your Portfolio?

Something strange started happening at the beginning of 2018. For the first time in a long time, investors started asking us if it was time to add commodities to their portfolio.

For the past several years, any time we talked about commodities, it felt like we were banging our heads against a wall. Investors were disinterested, and who could blame them? The performance of the asset class was nothing short of awful. To quote my colleague Jeff Weniger, commodities became the star of his “stinker study” starting back in 2013—and then they somehow performed even worse from there.

That said, we now have a few reasons to finally be positive on the asset class. As Jeff mentioned, commodities are a prime candidate for mean reversion, given a decade of disappointing performance. Continued weakness in the dollar has provided a tailwind for prices.

From a demand perspective, China’s Belt and Road initiative may act as a boon as the total expenditure of the project could reach as much as $8 trillion by some estimates. President Trump has continued to float an infrastructure bill to improve the country’s aging bridges, tunnels and roads, which would be a particularly welcome addition for those of us in the Northeast.

Structurally speaking, contango in the futures curve of many commodities led to severely negative roll yields for a few years, but that has recently improved for several contracts. Additionally, as the Federal Reserve (Fed) continues along its rate hike trajectory, the collateral returns of commodities futures contracts have ticked up as well.

But when making the case for commodities, the biggest determining factor almost always comes back to inflation. It’s no coincidence that several years of commodity underperformance occurred at the same time when inflation remained stubbornly low in the U.S. With the potential for faster economic growth and with increased Treasury supply that could help moves rates higher, the possibility of inflation coming back has risen. In fact, the five-year breakeven rate, the market’s measure of expected inflation, in early March hit the highest level in five years.

The most obvious connection between the two is that commodities are commonly viewed as a natural hedge for inflation—and that inflation is often driven by rising commodity prices. However, when viewing inflation from the context of an investor portfolio, we think commodities make sense for two additional reasons.

With the coordinated sell-off in the first quarter of 2018 in both stocks and bonds, the correlation between the two asset classes moved upward at the worst possible time for investors. For the last several years, investors could be sure that in the rare occasions when their stocks were down in value, their bond portfolios were likely helping buffer from losses—but not this time. If the two asset classes can no longer be counted on to move in opposite directions, the typical 60/40 portfolio may be more vulnerable than normal.

From a portfolio perspective, this can have huge ramifications. Should we be reentering an inflationary environment, investors need to be aware that their traditional asset allocation framework may not work as they expect it to. With a potentially positive correlation between stocks and bonds, it may make sense for investors to look to alternative asset classes for their portfolios—with commodities seemingly a natural fit.

Not Just a Hedge, an Outperformer

The second reason is because when inflation moves upward, these periods historically have been the precise times when commodities not only maintain their value, it also marks when they outperform the traditional 60/40 portfolio.

The Thomson Reuters Equal Weight Continuous Commodity Index was incepted in August 1999. Dating back to its inception, there historically has been a strong correlation between the U.S. Consumer Price Index and the relative performance of the commodity index compared with a moderate investor model.