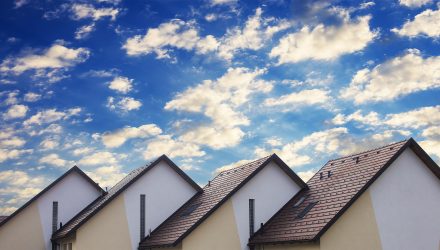 Leveraging the Rise of the Global Middle Class

Investors probably missed a seminal tipping point during the market mayhem. Based on estimates from the Brookings Institution and covered in a new report by Bank of America, U.S. Trust, for the first time in history, over half the world’s population, or some 3.8 billion people, now have enough discretionary income to be considered “middle class.”

This represents a mouth-watering, market-moving tailwind for U.S. companies across multiple sectors. Nothing suggests more upside to the future earnings growth of many U.S. firms positioned to tap the wants and needs of this emerging consuming cohort.

While there is no single investment strategy that best leverages the rise of the global middle class, Western multinationals with strong global brands, expanding exposure in key emerging markets, are at the core, according to Joe Quinlan, Head of CIO Market Strategy at Bank of America, U.S. Trust.

The World Just Turned – And For The Better

“Something of enormous global significance is happening almost without notice. For the first time since agriculture-based civilization began 10,000 years ago, the majority of humankind is no longer poor or vulnerable to falling into poverty.”1

Currently rising interest rates, the mid-term elections, potential trade wars—there are no shortage of worries for investors. Indeed, the list goes on—think the rising U.S. federal budget deficit, slower-than-expected growth in China, and rising populism in Europe. And then there’s the mother of all fears: now fragile global equity markets and the sinking feeling that the great bull market in U.S. equities appears to have exhausted itself.

All of the above, to be sure, are legitimate concerns. Yet we believe the current wall of worry will be surmounted in the weeks ahead and that the bull market in U.S. equities has legs.

We also believe that amid all the market mayhem of late, investors probably missed a seminal tipping point: Based on recent estimates from the Brookings Institution, for the first time in history, just over half the world’s population, or some 3.8 billion people, now live in households with enough discretionary income to be considered “middle class.”2 That’s a mouth-watering, market-moving mouthful.

Half the world has now reached middle class status—nothing speaks louder to the decades-long improvement in the living standards of consumers in Africa, the Middle East, Asia and Latin America, or the EMs in general; nothing suggests more clearly that despite the raging debate about global income inequality, the spoils of growth are being spread around the world; and nothing suggests more upside to the future earnings growth of many U.S. firms (goods and services) positioned to tap the wants and needs of this emerging consuming cohort. As Exhibit 1 highlights, we are at a tipping point when it comes to the composition of global income and, by extension, global consumption.