You are at:Home»Advisor Solutions Channel»Still Calling for a Stock Market Crash? 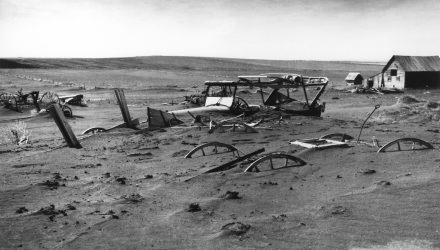 We’ve probably all had that one friend that thinks everything is a conspiracy. The world is out to get us and theirs nothing we can do about it?

Right? I definitely have friends like that. But those situations I guess you could say are tolerable. There’s nothing to be lost by something thinking chem trails exist. Unless of course, they try to go out and shoot the plane down that’s dropping them.

But the one thing that is absolutely intolerable in my eyes, is keeping your money liquid due to the fear of a stock market crash.

I love talking stocks. I love teaching people how to buy stocks. which is why I participate in a ton of Facebook groups about trading, investing, mutual funds, ETFs, heck even penny stocks. It’s tough, because I see a lot of ignorant people on there, and that’s in no way an insult, they are trying to learn.

The one thing I absolutely hate, is during a legitimate discussion about forecasting, or maybe a specific companies performance, the doomsday activist enters. He’s been calling the crash for the last 8 years, he’s a genius! It’s bound to happen eventually! The agonizing pain of missing out on one of the greatest bull markets in history doesn’t even phase them.

Related: How Far Back Would a Market Crash Take Us?

Because you know what’s better than capital appreciation? That one time you’ve been right out of the 150 times you’ve said it. That I told you so moment when the market comes crashing down. If you can’t tell by now, I’m being sarcastic.

I’ve seen it literally every year. Multiple analysts, individual investors, and traders, they all call for it. But the fact is, you’re never going to know the exact moment it is going to happen. We will eventually enter another correction, and as I write this, up in Canada, we are definitely in correction territory. Heck, we are going to hit another bear market one day.

But stockpiling your money into a high-interest savings account paying you 0.5% isn’t the way to go about things.

So, if we can’t predict a stock market crash, and it’s not wise to stay liquid, what the heck are you asking me to do exactly?

Let’s look at a few crashes in the post Y2K era. Of course, we have the infamous Dot Com Bubble and the American housing crisis of 2008. These were 2 different collapses based on 2 entirely different reasonings which aren’t relevant to this article. What is relevant is what collateral damage was done to stocks in the general market during this time.