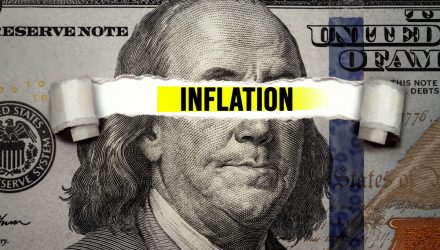 Will Inflation Be Transitory or Persistent?

Will inflation be transitory or persistent?

In clearer terms, some market observers believe that while rising consumer prices are a fact of life today, that scenario will wane in the later stages of 2021. However, other experts contest that view, citing rampant government spending, among other factors. Data out last week confirm the Consumer Price Index (CPI) rose again last month.

“This challenges the view within the Fed that high inflation during the US recovery will be temporary. The consumer price index rose at the fastest pace since August 2008, up by 5.4% from the previous year. This is well above the 5% rise reported in May and the 4.9% consensus forecast,” according to BNP Paribas research.

That marks the third consecutive noteworthy increase on a monthly basis, providing some fuel to the persistent inflation fire. Even when stripping out some of the more fluid items, consumer prices still soared in a big way last month.

“On a monthly basis, prices rose by 0.9% for the biggest single-month jump since June 2008. The core data (stripping out volatile items such as food and energy) showed US inflation rose from 3.8% YoY in May to 4.5% in June,” notes BNP Paribas.

While many believe that the reflation trade is on its last legs, data indicate that it is the reopening trade that’s contributing to inflation in a big way. For example, travel and leisure companies (airlines, hoteliers, and more) are capitalizing on pent-up demand, and displaying pricing power to that effect.

Additionally, a global semiconductor shortage is contributing to higher prices for an array of items, including used cars. In fact second-hand automobiles were a major driver of inflation last month.

“One-third of the rise in the CPI in June was due to a record jump in previously-owned car prices. They rose by 10.5% in June from the previous month,” adds BNP Paribas.

For its part, the Federal Reserve is in the transitory camp, saying that as pent-up demand ebbs, global supply shortages ease, and demand scales back, inflation is likely to follow suit to the downside. That could give the Fed room to accelerate its tapering program. Historically, that’s triggered lower bond yields.