You are at:Home»Beyond Basic Beta Channel»Selectivity Is Needed in the Video Game Space 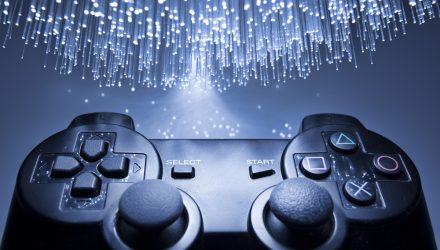 Selectivity Is Needed in the Video Game Space

Video game equities and exchange traded funds like the VanEck Vectors Video Gaming and eSports ETF (NASDAQ: ESPO) were among the prime beneficiaries of worldwide lockdowns, but that outlook may be changing.

That’s not necessarily the case. In fact, the outlook for the video game industry is as bright as it’s ever been, but investors should consider selectivity in the space.

“Various lockdown orders from governments around the world triggered by the Covid-19 pandemic have proved a boon to videogame companies, as people stuck with little else to do turned to interactive entertainment. But as restrictions ease in the U.S., some publishers, such as Electronic Arts (ticker: EA), may fare better than others, such as Roblox (RBLX), according to analysts,” reports Max Cherney for Barron’s.

Those stocks combine for 6.4% of the ESPO lineup.

EA, one of the largest video game publishers in the world, publishes some of the industry’s most venerable franchises, including FIFA, Madden, the Stars Wars series of games, and Apex Legends. Many of those and other EA franchises feature regular, highly anticipated installments, some of which are coming later this year. Even with that, the stock is still inexpensive relative to peers.

BMO Capital Markets analyst Gerrick Johnson says EA “trades at a discount to its peers—Activision, Take-Two, and others—fetching 18 times fiscal 2023 per-share earnings, compared with the rest of the group, which trades at 23 times forward earnings,” according to Barron’s.

ESPO has another advantage: it allocates over 17% of its weight to semiconductor makers NVIDIA (NASDAQ: NVDA) and Advanced Micro Devices (NASDAQ: AMD). Those are practical exposures for a video game ETF because NVIDIA and AMD are two of the biggest producers of chips for gaming consumers and graphics processing units (GPUs) for gaming computers.

However, those exposures also lever ESPO to the global chip shortage, which is sending semiconductor stocks higher this year, as well as two stocks Wall Street is mostly bullish on. Last week, Oppenheimer raised its price target on NVIDIA while Goldman Sachs lifted its forecast on AMD. NVIDIA, ESPO’s largest holding, is up 55.11% year-to-date.