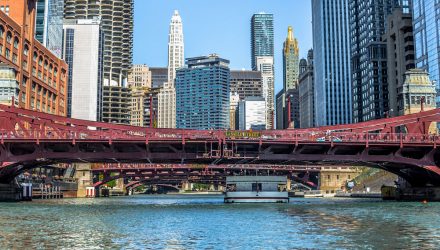 Charles Schwab lowered fees on five exchange traded funds in October. SCHA was part of that group. The fee cuts are seen as a response to BlackRock’s recent cost reductions on 15 of its iShares “Core” ETF suite. SCHA now charges 0.06% per year, or just $6 on a $10,000 stake, making it one of the least expensive small-cap ETFs on the market.

“With the administration expected to elevate a campaign to overhaul U.S. tax policy next week, the focus is shifting back to benefits smaller companies may get from the planned reforms. Small caps, which surged after the election, have been hurt in 2017 amid a weaker dollar and higher interest rates that make it more costly for smaller firms to borrow money,” according to Bloomberg.

A rebound for the dollar could also help small-caps, which generate most of their sales on a domestic basis.