You are at:Home»ETF Strategist Channel»Are You Positioned for Higher Rates? 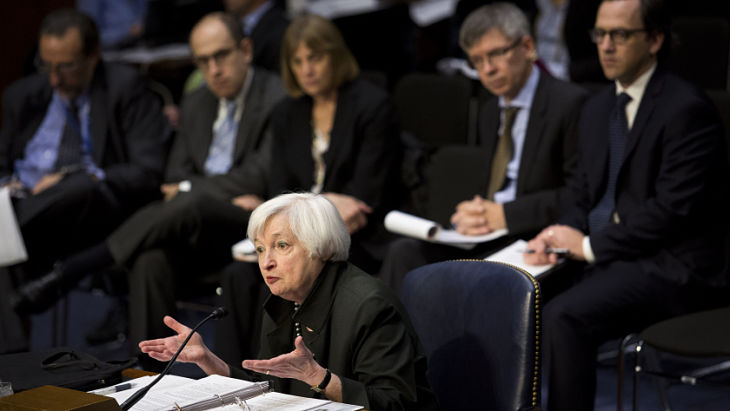 Are You Positioned for Higher Rates?

The recession that began in 2008 was much more than a business cycle recession, in our view; it was a balance sheet recession. Consumers and businesses had too much debt, much of it secured against assets that were overvalued and whose value was falling.

Recovery from such recessions has historically taken much longer and the risk of a deflationary depression is very real. Ben Bernanke and his colleagues decided radical monetary action was needed.

Their program, which became known as “Quantitative easing” (QE), involved the Fed using its balance sheet to systematically purchase both Treasury and Mortgage bonds. Investors took their lead from the Fed and 10-year Treasury yields fell from around 4% to around 1.5% between 2010 and 2013 even as the economy recovered.

The Fed’s QE program ended in November 2014 and in December 2015 it raised short-term interest rates for the first time in the current expansion (by 0.25%). Despite this, the Federal Reserve has since been at pains to stress that the economy needed very low interest rates for long enough to ensure the expansion (now in its seventh year) wouldn’t falter.

During the last seven years, the unemployment rate has fallen from 10% to its current level of just 4.6% and the Fed has clearly signaled it is ready to raise short-term interest rates again (another 0.25% is widely expected).

How many more times the Fed raises rates in 2017 will likely depend on the extent of policy stimulus enacted by the Trump administration and Congress, but if President Trump comes anywhere close to achieving his goal of faster economic growth, or if his policies result in accelerating inflation (both of which we believe are directionally correct), then both short and long-term interest rates will rise.

As we examine the various scenarios that may unfold in 2017, we will seek to handicap how much rates may rise under different scenarios. That said, last week Chief Fixed Income Officer Tim Anderson clearly outlined how Riverfront is positioning its portfolios for the current environment.

His message was simple: “Our first line of defense in our balanced portfolios is to underweight bonds vs equities. We prefer bonds that act somewhat like stocks (high yield) and investment grade bonds over Treasuries. In our Moderate Growth and Income bond portfolio, we have lowered duration from 7.3 years to 4.1 years”.  We believe we are ready to navigate a world of higher rates.

High yield securities (including junk bonds) are subject to greater risk of loss of principal and interest, including default risk, than higher-rated securities.