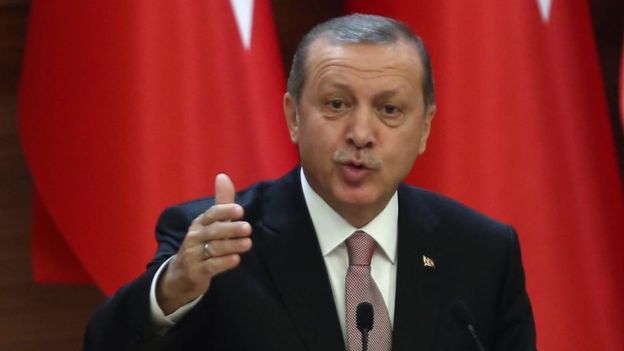 Assessing the Lone Turkey ETF as it Tries to Rebound

The iShares MSCI Turkey ETF (NYSEArca: TUR), the lone exchange traded fund dedicated to Turkish stocks, saw its share of controversy and downside following a failed coup against President Recept Tayyip Erodgan (pictured above) last month, but TUR has been attempting to rally.

Although TUR has recently notched some gains, the ETF has a long way to go to recoup all of July’s losses and there is still looming controversy.

“In the latest turn of events Thursday, Turkey again asked the U.S. to arrest and extradite Fethullah Gulen, according to the state-controlled Anadolu Agency. Turkey accuses Gulen, an imam living in Pennsylvania, of orchestrating the coup. Gulen has condemned threats to Turkey’s democracy and denied the charges,” reports Dimitra DeFotis for Barron’s.

Following the July coup attempt, S&P Global Ratings cut the country’s sovereign debt rating to BB/B on concerns over an increase in political risk after the failed putsch, reports Bloomberg.

Moody’s Investors Service also put a number of companies on review for a downgrade and is reviewing the sovereign for a possible downgrade.