Indonesia ETFs: A Paradox of Old and New

Asia is one of the world’s fastest-growing regions. Even while surrounded by countries boating such stellar growth and bullish futures, Indonesia’s exchange traded funds (ETFs) still manage to stand out as stars.

Chinese business already sees Indonesia’s potential. Although China already has a free-trade agreement with all 10 Southeast Asian nations, it’s Indonesia that’s poised to be China’s “gold rush” destination as companies there look for other regions into which they can expand, says People’s Daily Online. [ETF Strategies for Emerging and Frontier Markets.]

Indonesia recognizes the opportunity here. In the last five years, the country has worked hard to reform and improve business and investment conditions. It has reaped rewards in the form of growth: 5% in 2009 and 6% this year. The growth rate between 2011 and 2015 could reach 7% to 8%. [Indonesia ETF: A Market to Watch.]

Indonesia is not without its trouble spots, and one of the most vexing ones is that it’s often in the path of major natural disasters. Andrea Booth for National Times reports. They lack disaster-management technology and road infrastructure is sorely lacking. While tourism may prop up this economy, for growth to continue as it has been, they’ll have to deal with these other issues.

For more stories about Indonesia, visit the Indonesia category. 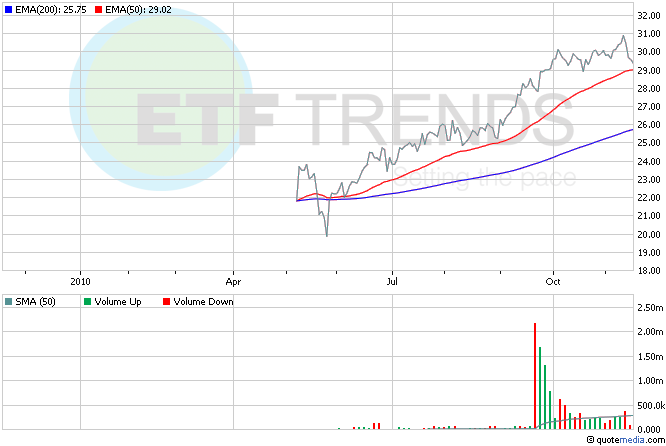