Indonesia ETF: A Market to Watch

While investors have had their heads turned toward China’s and Brazil’s exchange traded funds (ETFs), Indonesia has quietly and steadily emerged into one of Asia’s rising stars.

The Jakarta Stock Exchange recently hit a new record closing high and is up almost 40% this year, writes Palash R. Ghosh for International Business Times. The Asian Development Bank projects the Indonesia economy to expand by 6.1% for 2010 and by 6.3% in 2011. The President is doing the forecasts one better, forecasting 6.6% growth on average through 2014. [Why Indonesia ETF Is Ahead of the Pack.]

Indonesia’s economy hosts a large working-class population, an expanding manufacturing base, moderate labor costs, healthy financial sector, large reserves of natural resources and a relatively stable political environment. The country is also in the midst of an export boom, aided by reforms and trade agreements with Asian countries. [The Top 5 Emerging Market ETFs.]

Being an emerging market, however, Indonesia is not without trouble. The country has a high poverty rate, high unemployment rate, widespread corruption and poor infrastructure.

With inflation slowing to 5.8% last month year-over-year, Bank Indonesia will keep its benchmark interest rate as is at 6.5%, report Shamim Adam and Manish Modi for Bloomberg. The Central Bank has an inflation target of 4% to 6% this year.

For more information on Indonesia, visit our Indonesia category. 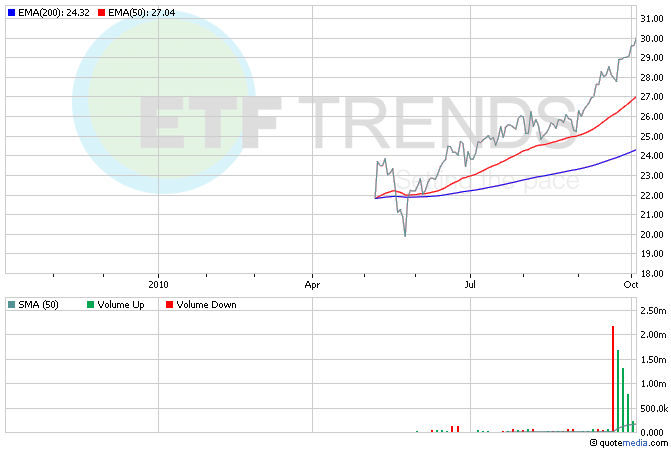