Exchange traded funds (ETFs) are up sharply this morning after the government reported initial claims for jobless benefits rose by only 2,000 to 439,000 last week, while the four-week moving average dropped to the lowest level since late in 2008.

Jobless claims plummeted in 2009 and remained near 450,000 through the first 11 months of this year. Many economists believe weekly claims have to move down to the 400,000 level to signal an increase in hiring. The four-week average of new claims also continued to decline and fell to its lowest level since September 2008. It dropped by 4,000 to 443,000.

General Motors Co. shares (NYSE: GM) are roaring up more than 6% in its first day of trading under the “GM” ticker symbol. GM’s IPO was formally priced at $33 a share. The total offering size will be at least $20.1 billion — $23.1 billion if the underwriters’ over-allotment options are fully exercised. Although it’s not yet a component, First Trust IPOX-100 (NYSEArca: FPX) is up nearly 2% so far today; if GM is added to the fund, it will happen after seven trading days. [Play the IPO Revival With This ETF.] 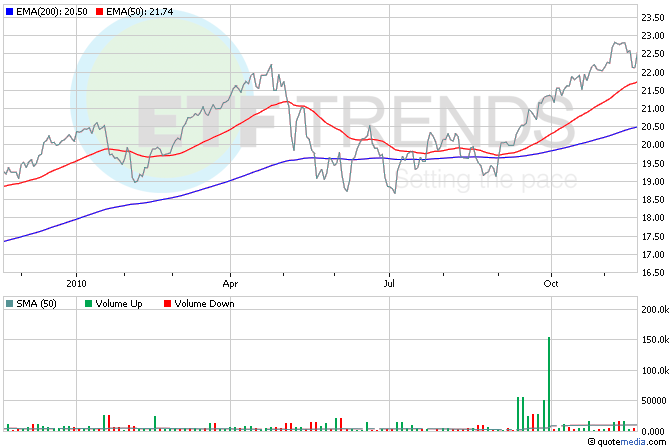 One consumer goods company doing well today is office-supplies retailer Staples Inc. (NYSE: SPLS) up approx. 2.5% after reporting a 7.2% rise in third-quarter net profit. Another retailer up big-time today is Limited Brands, Inc. (NYSE: LTD) after announcing a surge in third-quarter earnings and declared a special dividend of $3 a share – shares are up 6.5% today. SPDR S&P Retail (NYSEArca: XRT) is up 1.7% this morning; Staples is 1.4%. [Retail ETFs Start Their Engines.] 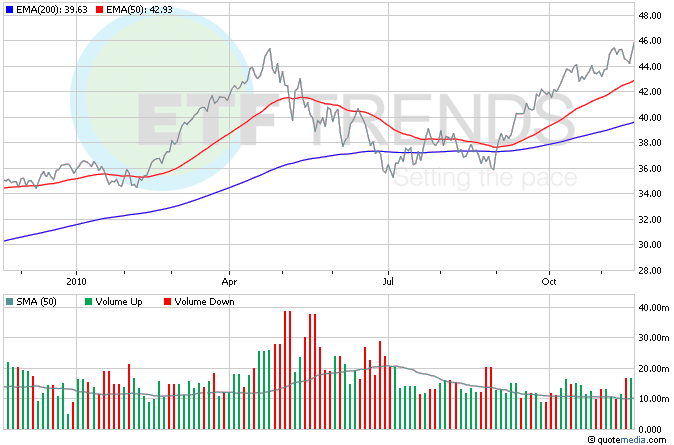