Exchange traded funds (ETFs) were mixed in early trading despite two positive reports about the unemployment figures and retail spending.

The positive numbers were enough to have investors shying away from metals, many of which are trading lower this morning, according to the ETF Dashboard. Among the ETFs moving lower are PowerShares Global Steel (NASDAQ: PSTL) and Market Vectors Gold Miners (NYSEArca: GDX), both of which are down 2% or more. [Copper ETFs: Why Higher Prices May Stick.]

Another bright spot in the reports this morning is retail spending, which surpassed forecasts. Back-to-school shopping was a big factor, and the improved numbers are being considered a harbinger for the upcoming holiday shopping season. SPDR S&P Retail (NYSEArca: XRT) is up 0.6% so far today. [Retail ETFs That Cater to the Frugal.] 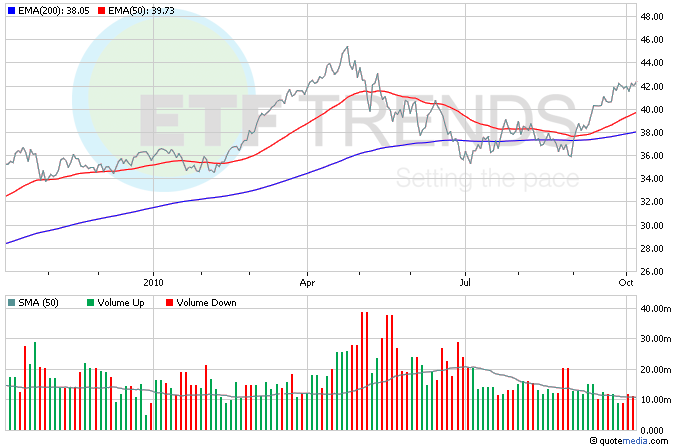 Yields on short-term Treasuries continued to fall, with the two-year yield hitting a record low of 0.359% today on expectations that the Federal Reserve would step in with quantitative easing. PIMCO 1-3 Year U.S. Treasury (NYSEArca: TUZ) is flat so far this morning, and is yielding better than the two-year: 0.76%. [Bond ETF Competition Gets Fierce.] 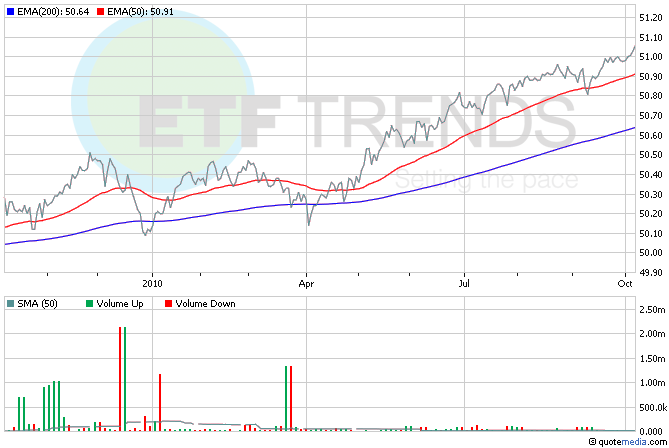