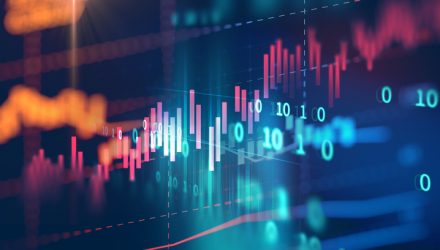 U.S. equities and stock exchange traded funds were on pace for their first weekly gain in three weeks after Federal Reserve Chair Janet Yellen left out hints of monetary policy changes, leaving the possibility of a rate hike later this year.

Markets were also pushing higher in relatively muted action this week, with traders attributing the action to the lack of economic news and the listless nature toward the end of August, the Wall Street Journal reports. The number of shares changing hands over the full session fell to their lowest level in 2017 on Wednesday and were below average levels the rest of the week.

Investors were also too busy monitoring addresses from central bankers at the annual meeting in Jackson Hole, Wyoming, as many watched for hints from Yellen and European Central Bank President Mario Draghi.

Many were assuaged after the lack of a hawkish posturing from Yellen. In prepared remarks, Yellen argued future changes should be modest.