You are at:Home»New ETFs»World’s First Cryptocurrency ETP Launched in Switzerland 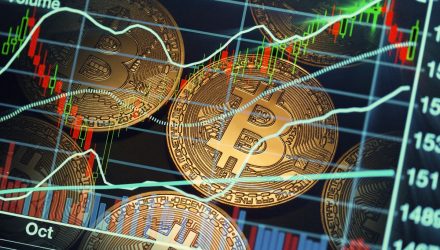 Jane Street and Flow Traders, two specialist market makers, will act as authorized participants in the creation and redemption process of the crypto ETP and have provided seed money for the new exchange traded product.

The ETP’s ticker, HODL, is an acronym for “hold on for dear life,” a common exclamation in response to the wide oscillations in the nascent crypto market. For example, bitcoin, the most popularly traded cryptocurrency on the digital markets, reached a high of $20,000 last year and has slipped to under $5,000 Monday, its lowest level in 13 months.

Cryptocurrency-related ETPs have largely been stuck on the tarmac as many regulators have warned of the risks involved with the nascent digital currency, compared to traditional financial assets. U.S. regulators have already rejected multiple applications to launch a crypto-related ETP on concerns that the vehicle could expose investors “fraudulent and manipulative acts and practices.”