You are at:Home»Featured»Will Value Stocks Overtake Growth Stocks In 2020? 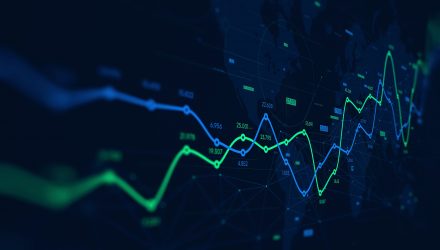 With earnings season underway and banks like financial behemoth J.P. Morgan jump-starting earnings season with a bang, after it crushed analyst expectations with a strong showing from its trading operations in the fourth quarter, the value over growth stock proposition has once again come to the fore. As 2020 wears on, will value-oriented equities with strong profit growth like JP Morgan be the best option moving forward?

Billionaire hedge fund manager Seth Klarman, the CEO of the Baupost Group, is a clear proponent of value investing, stating in a letter to clients that several factors, including the expansion of passive investing, have generated market mispricings that will likely result in a payoff for the long underperforming strategy.

“We believe that ongoing selling pressure of value names has contributed to mispricings that represent potential opportunity for long-term investors,” Klarman said in the letter.

Of course, Klarman is not the only supporter of the long-held strategy, which is centered around the fundamental analysis of companies that often lack rapid growth but have steady and predictable cash flows. The investing style has long been championed by legendary investors such as Warren Buffett and Benjamin Graham.

For the last decade, however, value investing has suffered at the hands of growth investing, as the stock market has been on a historic bull run. The Russell 1000 Value Index has underperformed the Russell 1000 Growth Index by 4.4% annually since 2007, and that gap has widened recently.

“Historically, growth stocks have outperformed value stocks when U.S. profit growth has been decelerating,” wrote Wayne Duggan in Forbes. “In periods with accelerating profit growth, value stocks tend to shine. Subramanian says the fourth quarter of 2019 will likely mark the bottom in S&P 500 trailing earnings per share growth and that growth will begin to pick up heading into 2020. Profit growth has been decelerating since the third quarter of 2018, but Bank of America expects it to increase in each quarter of 2020.”

Klarman admitted that his preferred strategy has underperformed lately, even when the analysis of the underlying businesses proves to be correct, in his view.

“To be sure, today’s trend-following environment has left Baupost looking flat-footed, as some of the publicly-traded bargains we identify and accumulate drift relentlessly lower – even as we believe they demonstrate their underlying value in several ways,” Klarman said.