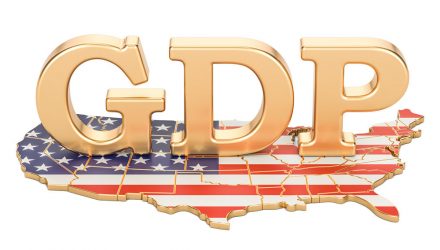 With monetary stimulus winding down here in the U.S., all eyes are on Washington, D.C., looking to see if Congress can enact some form of fiscal stimulus in hopes of driving U.S. GDP above 3.0% going into 2018.

Tax reform is at the center of the debate currently, with Republicans vowing to pass some measures in the coming months. It remains to be seen how effective their plans will be; however, following the healthcare repeal debacle, it’s no wonder the markets are casting doubts whether anything substantial will get done.

The Markit US Manufacturing PMI held steady MoM at 52.8, despite somewhat lackluster readings on factory orders and durable goods. Factory Orders declined -3.3% in July while Durable Goods for July dropped -6.8%, although they did bounce back with a preliminary August reading of +1.7%. Industrial Production unexpectedly fell -0.9% in August while Capacity Utilization came in at a weaker than expected 76.1%.

Despite mixed economic data throughout the month, consumer confidence remained strong. Going forward, the data is bound to be quite noisy given the devastating impact of hurricanes Harvey, Irma and Maria. As rebuilding efforts get underway in Texas, Florida and the Caribbean, we’re likely to see some pickup in economic activity throughout the early part of 2018. And should Congress implement meaningful tax reform, it’s possible we could see +3.0% growth throughout next year.

Domestic Equities were positive performers in September, led by the S&P 600 Small-Cap Index, which returned +7.71% during the period. Mid-and Large-Caps followed suit, returning +3.92% and +2.06% during the month. Value stocks, as measured by the S&P 500/Citi Value Index, returned +3.28% on the month, outpacing their growth brethren by more than +2%, thanks to the resurgence of the “Trump Trade” that propelled markets post-election. With the performance delta between Growth and Value stocks currently at more than +10% (in favor of Growth), it may be time that Value stocks regain popularity among investors.

Continued U.S. economic growth and newly found positive investor sentiment should help as investors rotate out of the year’s best performing sectors (Tech and Healthcare) into those that have lagged.

Notable “Trump Trades” that performed well in September included value oriented sectors and industries such as Industrials and Banks, as well as smaller-cap, domestic oriented companies that stand to benefit from renewed talks of tax reform. Banks, as measured by the KBW Bank Index, rose +6.90% in September, while Large-Cap Industrials rose +4.0%. Energy stocks also rose nearly +10.0% during the period helped higher by a surge in WTI crude oil prices.

While a great rotation out of Growth tilted sectors (i.e. Tech) may still be a ways off, it is likely that we begin to see investors pare back the year’s winners (i.e. FAANMG names such as Facebook, Apple, Amazon, Netflix, Microsoft and Google), and rotate into cheaper areas of the market.

With the Federal Reserve set to raise interest rates in December, bond proxies were again under pressure, with Utilities, Real Estate, and Consumer Staples shedding -2.74%, -1.39%, and -0.86%, respectively. These sectors are likely to remain under pressure into 2018, as the Fed is projecting another three interest rate increases, which should lessen the appeal of high dividend
paying sectors.

International equities were largely positive performers in September, with the MSCI EAFE Index of developed market companies returning +2.50%. Emerging Markets, as measured by the MSCI EM Index, came under slight pressure from a strong U.S. Dollar, as the index gave back -0.39% during the period.

Regionally, the Eurozone posted strong gains in Euro terms, with the MSCI EMU Index returning +4.46%; however, recent Euro weakness weighed on gains. The Euro’s -0.81% drop against the Dollar means Eurozone equities gained +3.78% in USD terms. Looking ahead into the end of the year, the Euro could come under increasing pressure from political risk (i.e. Germany, Spain/Catalonia) and a “sell the news” type event from the European Central Bank (ECB) as they get set to begin reducing monetary stimulus in the near future. This, coupled with the Federal Reserve allowing some of its balance sheet to run off could put downward pressure on the Euro in the near term.

From an individual country standpoint, Japan was a standout performer, with the Nikkei 225 Index returning +4.19% in local currency terms thanks to a weaker Yen (more than -2% during the period). U.S. Dollar investors that were hedged against the currency weakness could have captured both return streams, instead of having their returns eroded from being a USD investor.

Sector performance during the month was led by Energy stocks, with the sector gaining +6.49%. Notable negative performing sectors included bond proxies such as Utilities, Telecoms, and Consumer Staples, which lost -2.19%, -1.40%, and -0.84%, respectively, as yields inched higher across the developed world.

From a year to date standpoint, Emerging Markets remain the standout, up +28.08% during the period, followed closely by Developed Markets, which have gained +20.47%. These returns compare with a +14.24% gain for the S&P 500 Index year to date. Looking ahead, there remains ample runway for international equities to continue outperforming. Emerging Markets remain attractively valued and growth is accelerating in the Eurozone. The recent strength in the U.S. Dollar is a slight concern in the near term, as a stronger Dollar could negatively impact international returns.

It was a relatively eventful month for Fixed Income related news.

President Trump reached across the aisle to cement a debt ceiling deal with the Democrats, postponing the issue for a few months. The debate will likely reignite near year-end, possibly running into early 2018.