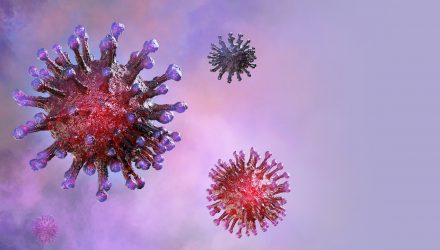 Monday saw stocks and index ETFs surge, after the announcement from Pfizer that the pharmaceutical giant had a vaccine candidate with an over 90% effectiveness in clinical trials. Now another biotech, Moderna, is anticipated to release key data shortly from a late-stage trial, that will reveal whether its Covid-19 vaccine is efficacious.

Moderna shares advanced more than 4.37% on Thursday, following the Wednesday evening announcement that it had acquired sufficient data from its 30,000-person trial to start its preliminary analysis.

The biotech, based out of Cambridge, Massachusetts, explained that it projects at least 53 people in the study contracted the virus, which is the cutoff required for an independent data safety monitoring board to review and determine how effectively the functions in study recipients.

“Moderna has seen a significant increase in the rate of case identification across sites in the last week,” the company said Wednesday. About half the participants have or will receive a placebo. Moderna said it doesn’t know which patients received the vaccine or placebo.

Late last month, Moderna told investors that it was “actively preparing” for the worldwide drive of its much touted vaccine after finishing enrollment in its 30,000-person trial the week prior. The study sampled roughly 37% of the participants from minority communities, 42% who had exhibited other conditions or were of various ages that placed them in a riskier disease category, and had more males than females.

Optimism over a successful vaccine from the company has spiked now that Pfizer said Monday that its vaccine was 90% effective, according to Brad Loncar, a biotech investor and Chief Executive Officer at Loncar Investments. Moderna’s product is similar to Pfizer-BioNTech’s product in that it is utilizing messenger RNA, or mRNA technology, a revolutionary method of creating vaccines that uses genetic material to incite an immune response.

Loncar said could still see Moderna’s stock stabilizing or rallying even if its vaccine’s effectiveness is not as robust as Pfizer’s. However, if it is much lower than Pfizer’s, we are likely to see a drop. Fifty percent effectiveness is the FDA cutoff to approve a vaccine as safe for use.

Still, Loncar noted that Moderna already has supply deals locked up, and there is sufficient global demand to warrant multiple vaccines to curb the pandemic’s spread.

“It’ll still go up if the number is real close [to Pfizer’s], he said. “But if it is significantly lower than that, then I do think it could be a problem.”

Earlier this year, participants in Moderna and Pfizer’s coronavirus vaccine trials told CNBC that they were experiencing symptoms such as high fever, body aches, bad headaches, daylong exhaustion after receiving the shots. But in interviews, all five participants, including three in Moderna’s study and two in Pfizer’s trials, feel that  the distress is worth the potential protection from the virus.

For investors looking to participate in the biotech boom, some of the most popular ETFs to consider, or ones with significant allocations of Moderna, include the iShares NASDAQ Biotechnology ETF (IBB), SPDR S&P Biotech ETF (XBI), VanEck Vectors Biotech ETF (BBH), and Loncar Cancer Immunotherapy ETF (CNCR).