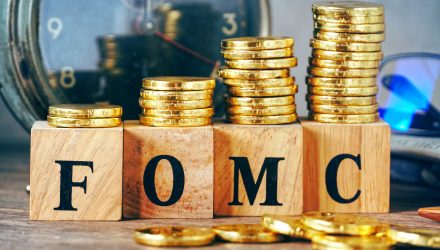 Will the FOMC Meeting Spark Key Changes to Interest Rates?

Investors and traders have been anxiously awaiting the Federal Reserve meeting, where interest rate policy is set. Markets have been unusually quiet, trading lower in advance of the meeting, even though the central bank is not predicted to make any significant policy actions.

The Federal Reserve has been championing low rates and bond purchases in support of a full economic recovery for over a year now, but some economists suspect the Fed may mention the potential for a tapering of its bond-buying program, as well as the possibility of an initial rate increase in 2023.

“I think the commentary and the press conference will be interesting. There’s clearly a division on the board and among the Fed presidents about how strong the economy is, and whether it’s time to start evolving the policy,” said Rick Rieder, chief investment officer global fixed income at BlackRock. “How the chairman describes that is going to be very interesting. It’s hard to say it’s [going to be]hawkish because … I think it’s going from uber dovish to overly dovish.”

With inflation increasing and signs of an economic recovery emerging, some Fed officials expressed that it could be the right time to begin discussing a plan for fine-tuning the rate of bond purchases, based on the meeting minutes.

“The message this week will likely be a heavy dose of ‘still a long way to go’ sprinkled with concerns about upside risks to inflation. We do not expect the debate about tapering to be robust, but simply beginning the discussion and expressing concerns about the strong inflation impulse should carry hawkish overtones,” Barclays economists said in a note.

“We’re not expecting any major policy changes from the Fed. Most of it will be characterizations around tapering and what the Fed says about that, along with adjustments in the Fed’s forecast,” said Mark Cabana, head U.S. short rate strategy at Bank America. “On taper, we think they will start talking about talking about it. We anticipate Powell will reiterate that it is still some time away.”

Tapering the bond program is a critical step because it represents the beginning of the end of the Fed’s so-called “quantitative easing,” and suggests that the Fed would be ready to eventually raise interest rates. This process could take months however.

The Fed’s loose monetary policies have been credited as being instrumental in catalyzing the stock market’s rally to consistent, fresh highs, and enabling a robust environment for the housing market, by keeping rates low for borrowers.

Some financial pundits such as Goldman Sachs suggest it is too early for the Fed to “talk about talking about tapering” even though some Fed officials would like to commence the procedure.

“We think that Powell likely agrees with Governor Brainard and President Williams that the labor market has not yet come far enough. We continue to expect the first hint in August or September, followed by a formal announcement in December and the start of tapering at the beginning of next year,” Goldman economists said in a note.

Inflation has been a key discussion point among financial experts recently, and the central bank is expected to raise its inflation forecast for this year after hotter-than-expected readings over the past couple of months. The consumer price index surged 5% in May alone. The Fed, so far has said the rise in inflation is likely transitory and results from disrupted supply chains and suppressed demand.

Analysts predict that Powell may comment on the need to more closely monitor inflationary data, and make more rapid changes as required.

“It may become increasingly difficult for Powell to dismiss [inflation]as expected,” said Cabana. “He’s likely to say ‘We’re monitoring it. … We still believe it will be transitory, but we’re going to be monitoring the data very closely.’”

Cabana expects to see increases in growth and inflation forecasts for this year and the next. Fed officials currently expect core PCE inflation at 2% in 2022 and 2.1% in 2023.

“How much spills into 2023 will be the real tell. Are any of these inflation pressures persistent? Do they last a couple of years? Probably not, but we’ll see,” he said. “Will the Fed pencil in a rate hike in 2023 or not? It only takes three Fed officials to shift to the rate hike camp to see that happen. We think it’s a close call, but they probably will not shift.”

The Bank of America strategists do not see a 2023 hike. “We think they’ll remain in the ‘on hold’ camp, but that will be one of the key focuses of the market,” said Cabana. “The market is pricing in 2, 2.5 hikes by the end of 2023. The Fed is currently not expecting any.”

As has been the case periodically over the last couple of years, the overnight lending market has seen heavier activity, and is another area where there could be some interest rate discussion or changes, according to Cabana.

“On the IOER and overnight reverse repo facility, we think they will make a modest adjustment in the setting of these interest rates, [by]2 or 3 basis points. This will be done to assure the resilience of [the Fed’s]zero rate floor and prevent money market funds from being negative,” Cabana said. “There’s really too much cash in the banking system. The banks don’t want it. They’re pushing it to money markets funds … and money funds are telling us they don’t want it either. T-bill rates are around zero. … They are all hoping for an adjustment as this meeting.”