You are at:Home»Webcasts»On Demand Webcast: Why You Should Fly with an Airline ETF 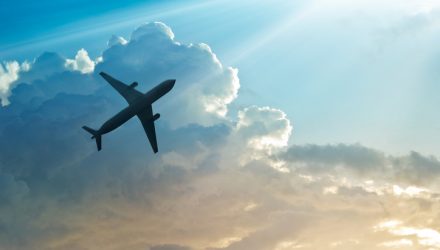 On Demand Webcast: Why You Should Fly with an Airline ETF

An airline-specific exchange traded fund could be a good way for investors to capitalize on a potentially high-flying sector.

On the upcoming webcast (available for CE Credit), Why You Should Consider Investing in the Busy Summer Travel Season, Frank Holmes, CEO and Chief Investment Officer of U.S. Global Investors, argued that the airline industry may enjoy a wide economic moat that will help the business maintain a competitive advantage over competitors to help protect long-term profits.

A number of factors may support the airline industry and translate to increased revenue growth ahead. For instance, Holmes pointed out that the percent of U.S. adult population who claimed to have flown at least once in the past 12 months was 49% in 2016, compared to 21% back in 1971. There are an average 2 million travelers flying per day. 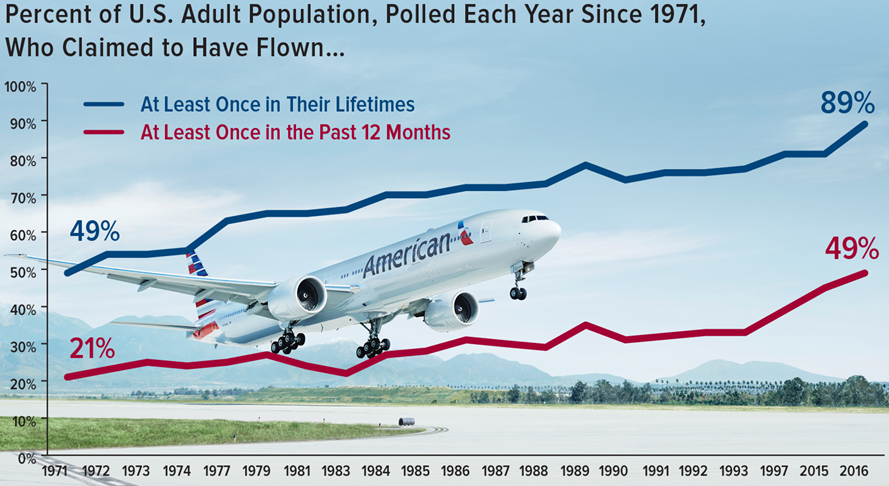 While there are more travelers in the skies, many airlines have enjoyed increased fares and fees, along with ancillary revenue from non-ticket sources, that have helped lift revenues. Ancillary revenue has increased 27 times in 2016 from 2007.

The supply side has also decreased to help support pricing power among the fewer airlines available. Over the years, the airline industry has experienced greater consolidation with larger companies taking over smaller businesses. Moreover, the number of pilots has been steadily decreasing, which may also limit the number of flights or cause airlines to increase prices. About 34% of current pilots are expected to retire by 2021.

Consumers, though, may have heard some unflattering headlines concerning the airline industry in recent months, such as a passenger dragged out of a United Airlines plane. However, these events may be considered noise or short-term risks that could potential open attractive entry points for investors.