You are at:Home»Alternative ETFs»Why Marcus Lemonis Does Not Invest in Bitcoin 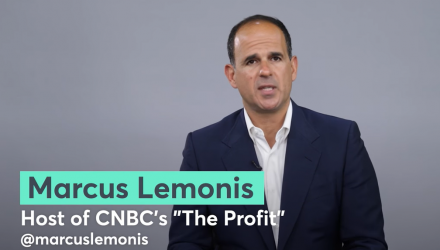 Why Marcus Lemonis Does Not Invest in Bitcoin

Businessman, investor and television personality Marcus Lemonis is known for his ability to take struggling businesses and turn them around in return for an ownership stake. However, to Lemonis, Bitcoin is simply beyond repair.

The intangibleness of Bitcoin and cryptocurrencies in general can’t supplant fiat money, according to Lemonis.

“Nothing replaces good old-fashioned cash,” said Lemonis, “I don’t know much about Bitcoin or cryptocurrency. I like good, old American cash. I like it in my pocket and I like it in the bank.”

Bitcoin’s price has recently been ruled by the bears, dropping over 8% to $6,399.33 as of 4:30 p.m. ET. After breaking a critical $8,000 price point, the leading digital currency has fallen as of late, particularly when news broke that the US Securities and Exchange Commission is postponing their decision on a bitcoin ETF filed by investment firm VanEck and blockchain technology company SolidX.