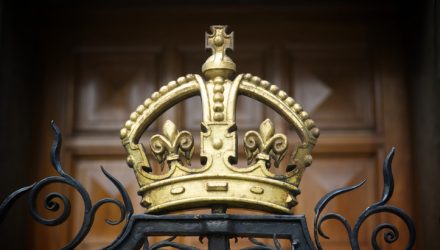 Why Investors Should Consider a Smart Gold Miner ETF

When considering the benefits of investing in gold, investors can turn to an ETF strategy that incorporates royalty and streaming companies, which many consider to be the “smart money” of the space.

In the recent webcast, Markets Got You Spooked? Consider Gold for Stability, Pierre Lassonde, Co-founder and Chair Emeritus of Franco-Nevada, highlighted gold’s growth trajectory and outlined where gold could be heading to next. Back in 1989, annual demand for gold was 2,638 metric tons valued at $32 billion, but demand has surged over the years and was at 4,345 metric tons or $177 billion at the end of 2018. He also underscored the huge transformation in gold investments with the advent of gold ETFs, which have made gold investing much easier for many investors.

Looking ahead, Lassonde believed that jewelry demand for gold will continue to be a major component of overall demand, but investors may see investment demand increase, especially as more rely on readily available gold ETF investment tools.

Frank Holmes, CEO and Chief Investment Officer, U.S. Global Investors, also pointed out that gold is more than an alternative asset to diversify an investment portfolio. The precious metal has produced long-term returns, along with stabilizing investment portfolios. Over the past two decades, gold has been the second best performing asset, returning an annualized 7.7%, compared to the S&P 500’s 5.6% gain and the broader bond market’s 4.5% annualized return.

Holmes also believed that two major trends could continue support the gold outlook, including the “fear” trade and the “love” trade.

For example, on the so-called love side, we are seeing increased demand from international buyers, notably emerging market consumers in the quickly growing China and India markets, which make up 40% of the world’s population. The growing middle class in emerging markets exhibit a penchant for gold demand as a safety play and for jewelry.

On the other hand, the precious metal has benefited from the fear trade or as a safety play. We have witnessed government policy on both the monetary and fiscal side, such as interest rates, money supply, tax, regulations and spending, affect the outlook for gold prices. Additionally, the trade war between the U.S. and China have also contributed to global volatility. Recessionary fears have added to bets on gold as a hedge against further risks down the road – looking at the forecasts based on 10-year to 3-month Treasury yield spreads, the markets have projected a 37.9% chance of a recession by August 2020.

Supply and demand helped support the yellow metal. For example, central banks have acted as big net buyers of gold since 2010, acquiring as much as 651 metric tonnes of the metal in 2018.

Gold has also acted as an attractive hard asset in face of a lower-for-longer yield environment and potentially rising inflationary pressures. Global central banks have cut interest rates, with about $17 trillion in global bonds now issuing a negative yield. The low rates makes non-yielding assets like gold much more attractive. In addition, given the loose monetary policies, inflation is free to rise with consumer goods already showing year-over-year price changes.

U.S. Global believes royalty companies are a superior way to target the gold mining segment. Royalty companies are not responsible for costly infrastructure so huge operating expenses can be avoided. These companies hold highly diversified portfolios of mines and other assets to mitigate concentration. They generate some of the highest revenue per employee of all public companies while growing cash flows and dividends – royalty companies’ dividend rates have been growing 13% over the five-year period ended June 2019, compared to a 8% rate for the S&P 500. Furthermore, gross profit margins are three times higher than the broader miner industry.

Financial advisors who are interested in learning more about investing in gold can watch the webcast here on demand.