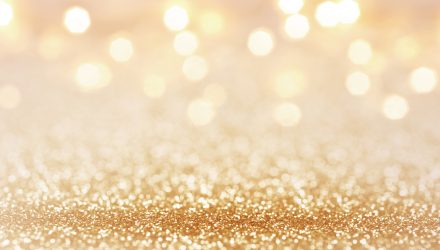 Why Gold ETFs Can Keep Shining

The SPDR Gold Shares (NYSEArca: GLD), iShares Gold Trust (NYSEArca: IAU) and other gold ETFs are up more than 2% over the past week, but the yellow’s metal rally may just be getting started.

On Monday, Goldman Sachs issued a bullish call on gold, noting that the yellow metal can actually be resilient in the face of higher U.S. interest rates.

“Our commodities team believes that the dislocation between the gold prices and U.S. rates is here to say,” according to Goldman Sachs. “Based on empirical data for the past six tightening cycles, gold has outperformed post rate hikes four times.”

“Gold has broken out on a technical basis, due in part to a more dovish-than-anticipated Federal Reserve, trade war concerns brewing in Washington and a relatively weaker U.S. dollar,” reports CNBC. “Gold is trading at an attractive juncture, just below its 2017 peak, and may be expected to move higher in the coming weeks. Gold has gained 3.5 percent this year.”