You are at:Home»Equity ETFs»Where to Look for Value in Steel ETFs 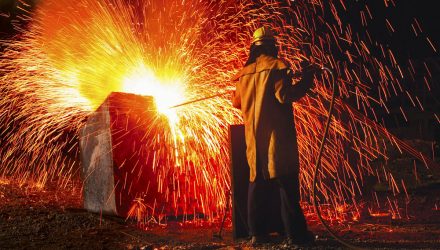 Where to Look for Value in Steel ETFs

The VanEck Vectors Steel ETF (NYSEArca: SLX) is up about 15% year-to-date and resides just 3% below its recent highs, but some market observers are pondering the value proposition currently being offered by steel equities.

“Steel stocks have officially come off their early-2017 highs. While the year started off well for the US steel industry, we started to see weakness thereafter, though the Trump administration’s decision to order an investigation under Section 232 of the Trade Expansion Act of 1962 to see whether steel imports threaten US national security did provide some relief to steelmakers,” according to Market Realist.