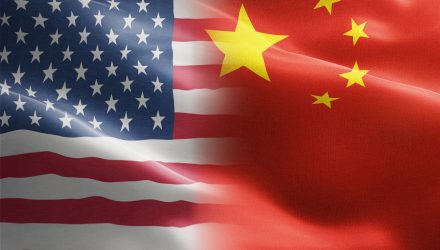 What’s The Deal With The Trade Deal?

While the “phase one” trade deal between the U.S. and China has been a catalyst for moving markets to their recent new highs, many analysts and investors are still miffed about what was specifically agreed to by both sides.

Doubt is creeping into the markets as much ambiguity exists about the details of the deal. China has been especially hesitant to commit to an amount of agriculture products it’s willing to buy, while large numbers are floating from Washington. The Chinese have also been quiet about tariffs on U.S. goods as well as an enforcement mechanism.

“There remains more questions than answers,” Chris Krueger, Washington strategist at Cowen, said in a note. It’s “more trade truce than deal … It is unclear if any China tariffs on U.S. goods have been reduced … Vague promises on IP protections.”

Significant agricultural purchases have been a key component of the deal, where U.S. Trade Representative Robert Lighthizer said China pledged to buy a total of $40 billion in farm goods over a two-year period. President Donald Trump proclaimed “massive” buying to the tune of $50 billion from China will begin “pretty soon.”

“US agriculture is a key signpost to monitor as the Phase 1 deal appears to be ‘ag centric’ and may moderately boost US crop prices and volatility, ” Cesar Rojas, global economist at Citi, said in a note. “However, uncertainty persists about the actual volumes of Chinese soybean, grain and pork purchases, with details on firm commitments lacking and likely to be worked out and also ‘phased in’ over a few years.”

While there has been much fanfare over how a deal with China will affect trade and benefit the economy however, the reality is that it may not be as significant as many make it out to be according to at least one expert.

“It won’t matter very much at all economically,” said Derek Scissors, AEI Asia Economist about the trade deal.

“I think what you want to rule out is dramatic escalation, and then if you take that off the table which it seems we are doing today, it would very likely put off the 12/15 tariffs or canceling them. Then really none of this matters. Even if the president were to announce a big deal, and $40 billion worth of purchases, that’s a complete drop in the bucket compared to the US economy. So I mean neutralization of uncertainty from today, if that happens, is a step forward. In terms of announcing a deal, it’s a non-event for U.S. growth next year,” Scissors added.