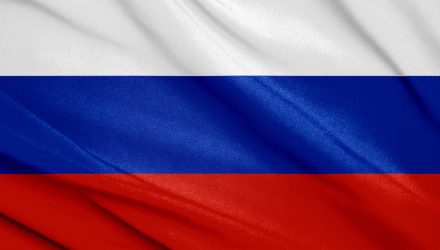 What Can ETFs Do About Frozen Russian Assets?

The freezing out of Russian stocks from several indexes and exchanges poses some challenges for U.S. ETF issuers with Russian holdings.

The Moscow exchange suspended stock trading every day this week through Thursday, and the London Stock Exchange has suspended trading in 27 Russian-linked companies, causing the stocks to lose almost all their value.

“The FTSE Russell index business has removed Russian listings from its indices, the London Stock Exchange has suspended trading in (27) Russian listed securities,” London Stock Exchange CEO David Schwimmer told CNBC on Thursday. “Our World-Check business is actively updating its database round the clock as new sanctioned individuals are being added to that database, so this is something that we are doing across the business, actively working with regulators to implement those sanctions.”

According to ETF Trends’ Dave Nadig, the immediate impact that this move from the LSE has on the ETF space is that the VanEck Russia ETF (RSX), the largest Russian ETF and the fund most using the London GDRs, can no longer process creations.

“This turns RSX into a closed end fund,” Nadig said. “It will trade purely on settlement, because ‘fair value’ is unknowable.”

A story from the Wall Street Journal reveals that some issuers of emerging markets ETFs with Russian holdings are concerned about investor redemptions and taking steps to address the steep sell-off in ETFs that focus on Russian stocks. For example, BlackRock said in a statement that it is “actively consulting with regulators, index providers, and other market participants to help ensure our clients can exit their positions in Russian securities, whenever and wherever regulatory and market conditions allow.” Direxion Funds, meanwhile, announced plans to liquidate the Direxion Daily Russia Bull 2X ETF (RUSL) later this month.

But ultimately, according to Nadig, ETF issuers “can’t do anything” with these frozen — and currently near valueless — Russian holdings.

“The securities sit on the books of the funds,” Nadig said. “At what price depends on the pricing policy of each fund.”

But as MSCI and FTSE Russel plan to remove Russian securities from their benchmarks, Nadig explained that this will “provide real guidance” to issuers and give “the ETF issuers the path to remove the stocks even if they can’t sell them.”

Nadig believes that the issuers will likely “transfer them for the pennies implied either to internal trusts, or to a third party like a hedge fund in a private transaction.”

“The pain for investors will simply be felt in the NAV of the ETFs, and the resultant trading prices,” he said. “By March 10th, that pain will have been all baked in.”

Going forward, predicting what the Russian Central Bank’s likely endgame will be, and how that will impact ETF issuers, is, in Nadig’s mind, “really unknowable.”

“To me a much bigger question is if the Russian government and central bank simply nationalizes whole swaths of the Russian economy,” he said. “That’s effectively what happened in Cuba and Russia, and that is, at the moment, feeling more likely than any other outcome to me.”