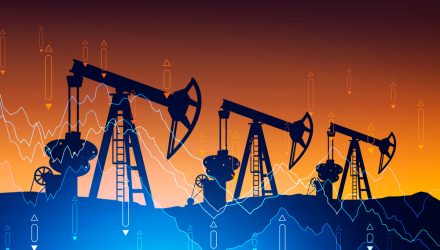 Global oil markets and related exchange traded funds may be past the worst of the coronavirus-induced selling, but the tentative recovery is still at risk.

The International Energy Agency stated that the worst effect of the coronavirus on global oil demand has passed, but the crude market will likely wade through a slow recovery process in the second half of the year, the Wall Street Journal reports.

In its monthly report, the IEA said global oil demand plunged 10.75 million barrels a day over the first half or roughly 11% lower from last year. Looking ahead, It projects oil demand to slow down by 5.1 million barrels per day in the second half of 2020.

However, the IEA warned that a resurgence in Covid-19 cases could deal a blow to the tentative recovery.

“The strong growth of new Covid-19 cases that has seen the reimposition of lockdowns in some regions, including North and Latin America, is casting a shadow over the outlook,” the IEA said.

Meanwhile, on the supply side, IEA data shows global output in June was 13.7 million barrels per day lower compared to April when the Organization of the Petroleum Exporting Countries and its allies agreed to end an internecine price war and cut 13% of global supply. Furthermore, supply cutbacks in the U.S. also contributed to the tighter market – the IEA estimates U.S. producers reduced output in May and June at 1.3 million barrels and 0.5 million barrels per day, respectively.