You are at:Home»Alternative ETFs»Waning Bitcoin Volatility Could be a Good Thing 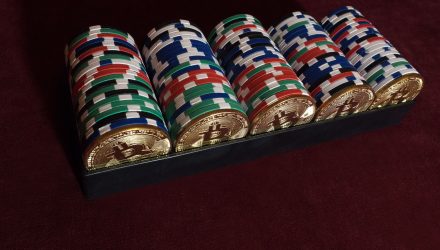 Waning Bitcoin Volatility Could be a Good Thing

Bitcoin prices have been struggling since early May, but there could be some positives emerging from the digital currency’s decline. One of those positives is declining volatility, which could be a sign the largest cryptocurrency is bottoming.

“Ultimately, after its volatility has become this depressed and the cryptocurrency has lost as much as 70 percent from its December peak, I believe the selling has become exhausted, and a bottoming process can begin,” according to CNBC.

Bitcoin currently resides slightly above $6,700 with a market capitalization of $115.11 billion. A major hurdle for bitcoin and other digital currencies is adoption among advisers and long-term investors and one of the primary reasons those demographics have not embraced crypto in significant fashion is volatility that is often significantly higher than on traditional asset classes.