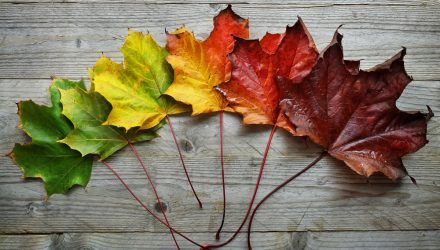 Wake Me Up When September Ends

“Summer has come and passed, the innocent can never last, wake me up when September ends.” – Green Day.

First off, RiverFront would like to extend our thoughts and prayers to all those affected by the devastation from hurricanes Harvey and Irma. It was a difficult task to write this piece, as I was glued to the television watching the live coverage in Florida this weekend. We would also like to remember the victims of the terrible events that occurred on this day 9/11, 16 years ago.

August and September are historically the worst two months of the year for the US equities. We made it through August with the S&P 500 up 0.31% and as of Friday’s close (2,461) it was less than 1% below its all-time high (2,481) on 8/7/17. Ironically, at the same time that the S&P has been setting records, the yield on the 10-year Treasury is flirting with 2% and is only about 0.7% higher than its all-time low of 1.36% on 7/8/16. The bond market has seemed to react as much to political/geopolitical events and ill-advised tweets as economic fundamentals, while the US equity market has shrugged off the noise and continued to climb this wall of worry to new highs. With this in mind, I compiled a list of major September events which have/had the potential to impact the bond market.

Top concerns for the markets this September

Hurricanes – Terrible, but less terrible than initially feared. Thankfully Hurricane Irma turned out to be less destructive for Florida than initially feared heading into the weekend. It has been about two weeks since Hurricane Harvey hit Texas and the damage estimates remain all over the board.  AccuWeather, a weather analytics company, estimates the total impact of the two hurricanes could reach $290 billion (Harvey $190B/Irma $100B). This all-encompassing estimate takes into account property and infrastructure damage, business disruptions, increased unemployment, crop losses, and higher fuel prices. .Moody’s Analytics projects the economic cost for the two hurricanes to total between $150-200 billion (Harvey $108B/Irma $64-92B). We continue to believe that the economic impact from the storms is likely to be a temporary and should eventually be offset by the reconstruction efforts.

Political – Kicked the can to December.  The US government was facing a 9/30/17 deadline to reach an agreement to raise the debt limit or face a potential government shut-down. Last week President Trump made a surprising deal with the Democratic leadership to temporarily suspend the debt ceiling and extend government funding through 12/8/17.  The deal also included disaster relief funding for Hurricane Harvey. Tax reform, both corporate and personal, remain on the agenda but will likely face a long, challenging road.

Geopolitical – North Korea.  While there are no shortage of geopolitical concerns, North Korea will likely dominate the headlines over the near term. We believe that a military confrontation is highly unlikely and that tensions will subside (at least temporarily) through diplomatic (face saving) and economic incentives. However, this is a longer-term problem that will continue to cause bouts of fear and angst in the markets. We do not normally make portfolio decisions based upon geopolitical events, unless we view them as having longer-term economic impacts.

Federal Reserve – No hike in September or remainder of 2017.  The Fed meets again on 9/20/17 to discuss monetary policy. The Fed Funds Futures market is placing a 0% probability on a hike. Looking out to the Fed’s final 2017 meeting (12/13/17), the market is assigning a 36% probability for a rate hike. Given the forecasted near term economic hit from the hurricanes (-1% to -1.5% of GDP- Gross Domestic Product), we agree with the market’s assessment that it is unlikely the Fed will  raise rates again this year. More importantly, the market is waiting for details regarding when it will begin shrinking its $4.5 trillion portfolio of Treasuries and mortgage-backed securities (MBS) and by how much. The Fed’s statement after its last meeting on July 26, said that the implementation of its balance sheet normalization program would begin “relatively soon”

(upgraded from “this year” at its 6/14 meeting). Complicating the Fed’s plans somewhat was the unexpected resignation last week of Fed Vice Chairman Stanley Fischer. His resignation is supposed to be effective around 10/13/17, while his term was originally scheduled to expire in June 2018. In addition, Janet Yellen’s (Fed Chair) term expires in early February 2018 and it is uncertain whether she will be re-nominated for another term or who would replace her.

What it all means for our portfolios

The global economy appears likely to continue its Goldilocks scenario of accelerating growth with little inflationary pressures. We believe the US economy will likely see a hit to growth in the near-term due to the hurricanes, but we expect it to re-accelerate as reconstruction efforts kick in. We think inflation is likely to increase in the near-term too due to higher prices for gasoline and building and agricultural commodities. If we are correct, the following sectors should continue to perform well:

4) Similarly, high yield bond spreads – 392 bps (bps = 1/100th of 1%) are near the bottom end of their historical range and, in our view, could begin to struggle if rates rise too quickly or economic growth stalls (see chart below).

This article was written by Tim Anderson, CFA, Chief Fixed Income Officer at RiverFront Investment Group, a participant in the ETF Strategist Channel.

The comments above refer to generally to financial markets and not RiverFront portfolios or any related performance.