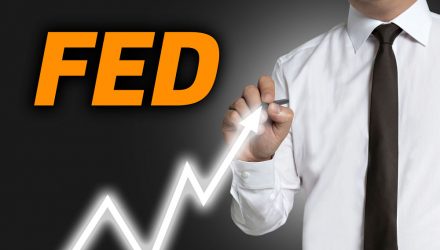 Although the dollar and UUP have struggled against the backdrop of two interest rate hikes by the Federal Reserve, some currency market observers see potential for the greenback to rally in the second half of 2017. The rising euro has also been a problem for the dollar, but some market observers believe the common currency is set to pullback.

“The greenback on Monday hit its highest level against the Japanese yen since late July as yields on U.S. Treasury notes rose modestly, giving the relative value of the dollar a boost,” according to CNBC. “Though the greenback saw a bounce last week, the move higher didn’t last long, and the dollar index has now logged a 10 percent decline since January. The dollar is just barely positive in a week’s time.”

While the probability of the Fed raising interest rates in December has recently increased, investors have added just $47.2 million to UUP over the past 90 days. The ETF has lost almost $188 million in assets this year.